Trump seems to side with Saudi on Qatar freeze 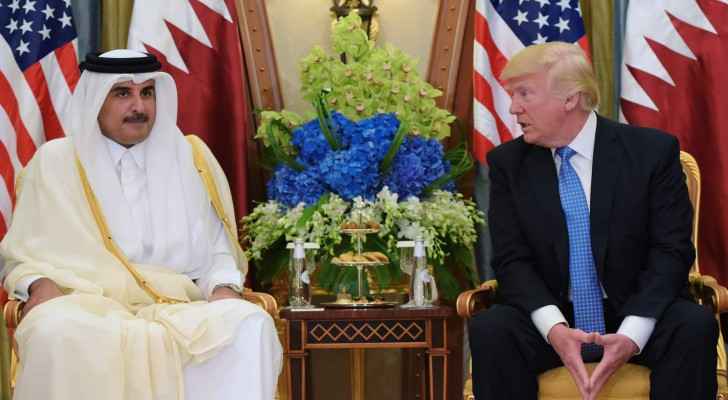 US President Donald Trump Tuesday linked Arab moves to isolate Qatar to his recent Middle East trip, showing little sympathy for the plight of the Gulf emirate despite its role as a hub for US military operations in the region.

"During my recent trip to the Middle East I stated that there can no longer be funding of Radical Ideology. Leaders pointed to Qatar - look!" Trump wrote on Twitter.

During my recent trip to the Middle East I stated that there can no longer be funding of Radical Ideology. Leaders pointed to Qatar - look!

The dispute comes less than a month after Trump visited Saudi Arabia and called for a united Muslim front against extremism.

The US military uses a vast air base in Qatar as a crucial hub for its military operations in the region, now focused on the fight against the Islamic State group.

US Secretary of State Rex Tillerson called on Gulf states Monday to stay united and work out their differences.

Energy-rich Qatar has long had strained ties with its neighbors but the move by Riyadh and its supporters shocked observers, raising fears the crisis could destabilize an already volatile region.

The Gulf states and Egypt banned all flights to and from Qatar and ordered Qatari citizens to leave within 14 days.