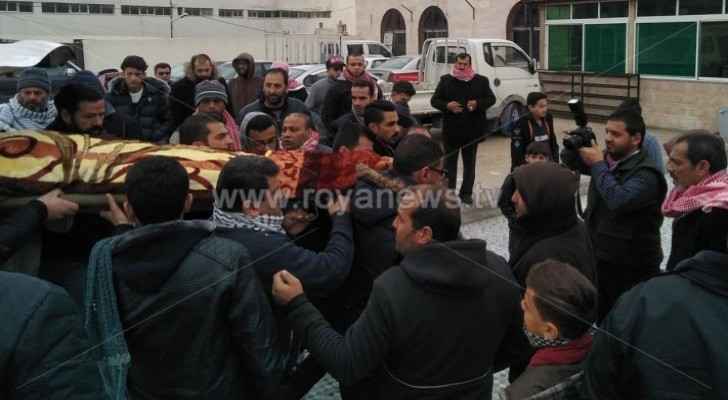 Tens of residents of Russeifa, Zarqa have participated in the funeral of the young man Hamzeh Al Khatib today.

The funeral prayer (Janazeh) was held at a mosque in Hittin camp.

Al Khatib was swept away with his vehicle through a flashflood formed by rainwater in Zarqa governorate on January 8.

After they located his vehicle, rescue teams along with the diving team spent days and nights looking for Hamzeh.

The Public Security Directorate (PSD) announced on Sunday, February 9, that it recovered a body from King Talal Dam, some 40 km north of Amman.

DNA testing has confirmed that the body found yesterday evening belongs to Hamzeh.

Man goes missing after being swept away by flooding in Zarqa