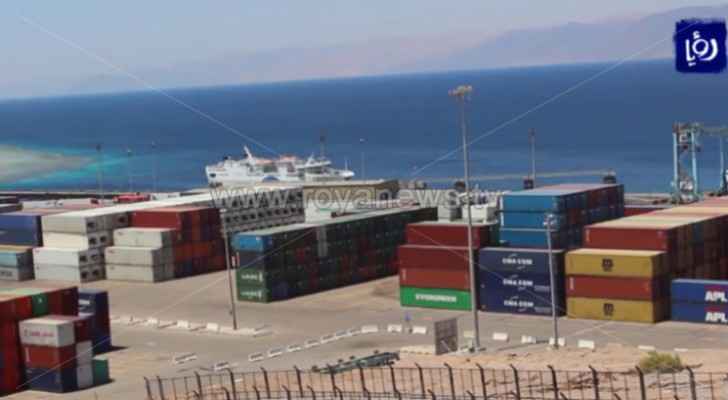 Exports by factories registered with the Amman Chamber of Industry picked up by 8.7% in 2019 to a total of JD4.7 billion against JD4.3 billion in 2018, according to a report the Chamber released on Saturday, January 11.

In its report, the Chamber said the growth is driven by higher exports of the mining, chemical and cosmetics industries, which together accounted for about 46% of total exports in 2019.

The Chamber indicated that its exports during the past year reached many markets, most notably China, with a growth rate of 103.5%, reaching about JD178 million. Another key market was Singapore where exports jumped by 730.6%.

The Chamber's exports from the mining industries sector during the past year amounted to JD1.2 billion, compared with JD1 billion in 2018, signaling a growth rate of 17.8%.

Furthermore, exports from the chemical and cosmetic industries sector reached about JD910 million in 2019, compared to JD774 million in 2018, up by 17.6%.

According to the report, the pharmaceutical industries and medical supplies sector contributed to the overall increase in the Chamber's exports during the past year by 7% to record JD656 million, compared with JD614 million in 2018.

On the other hand, the Chamber’s exports from some major sectors, the most prominent of which were the engineering, electrical and information technology industries sector, by 4.9%, to JD413 million, compared with JD435 million in 2018.

India, Saudi Arabia and the United States combined accounted for 39.7% of the total exports of the Amman Chamber of Industry during the past year. Breaking down the data, the Chamber said the value of exports to India stood at JD705 million (up 14.5%); Saudi Arabia at JD596 million (up 19.7%); and the US at JD548 million (up 6.6%).

Chamber of Commerce: Losses caused by fire in Al Rawda ....

Chamber of Commerce: Losses caused by fire in Al ....

Chamber of Commerce: Losses caused by fire in ....

Chamber of Commerce: Losses caused by ....