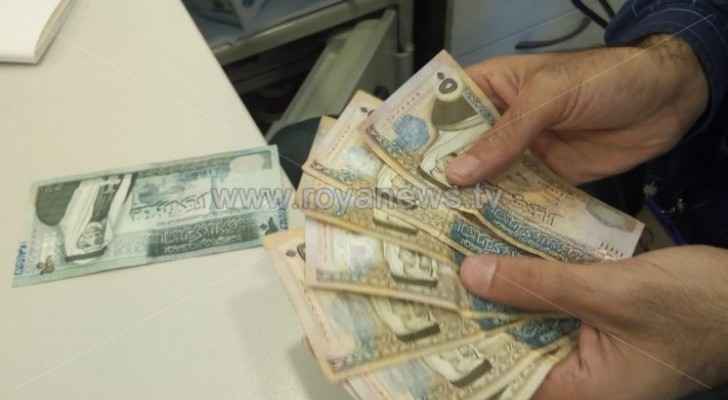 During a press conference held today to announce the third economic stimulus package, it was announced that the salary increase for public sector workers will range between 15-20% for the first, second and third categories, in addition to bonuses that will be linked to career ranks as soon as they are ready.

For civil retirees, the monthly pensions have been increased by a minimum of JD10 to a maximum of JD80, benefiting about 81,000 retirees.

The salary increases for employees of the Jordanian Armed Forces and the security services will be of the same value to all ranks.

Also under today's package, the military retirees' salaries increase was divided into two phases:
The first was carried out under Royal directives as of 1/10/2019 for military retirees and their heirs, while the second, announced today, will include increasing the salaries of all military retirees from the rank of lieutenant colonel and below, as well as the heirs of military pensioners who retired after the date of 1/6/2010, and will be disbursed to its beneficiaries as of 1/1/2020.

Around 180,000 retirees benefited from the first phase, while the second will benefit from about 180,000 retirees, bringing the total hike to JD25-64, based on the living cost bylaws for military retirees and their heirs.

With regard to the career tracks and specialized professions, it was agreed with the trade unions on all the details related to the vocational trails and bonuses for each profession, provided that the levels and vocational trades / ranks and their allowances are approved for each profession, in line with the joint desire of the government and the unions council to unify the hike as possible, through instructions to be issued and later announced in cooperation with the Professional Associations Council.

In this context, the employees of the third category of the Ministry of Education are covered in this increase, while the Ministry's first-second category employees have already benefited from the increase announced in October this year.