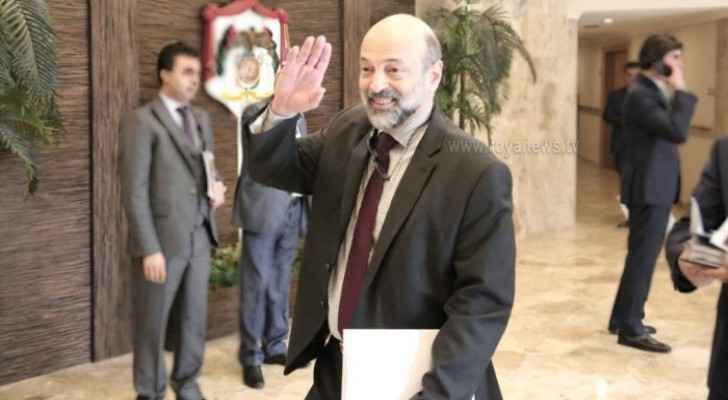 Prime Minister Omar Razzaz said the government is committed to the royal directives on enhancing the human rights and public freedoms system in Jordan and place them as top priorities.

The prime minister gave his remarks during a visit to the National Center for Human Rights (NCHR) in which he attended a part of the first meeting of the NCHR's board of trustees.

Razzaz said the government is looking forward to working with the NCHR to set up relevant plans and indicators and amend the necessary legislation to ensure the improvement of human rights and preserve human dignity.

He underscored the government's full support for NCHR and commitment to enhancing its independence and impartiality in order to enable it to play its role to the fullest.

The prime minister spoke about important issues that the cabinet is working on in monitoring the government's actions and decisions and those related to citizens, in particular freedoms, rights, developmental issues, and issues monitored by the NCHR in the fields of education, health, labor and the most needy groups in society, the elderly and those with special needs.

The premier added that the government is committed to implementing NHCR annual reports' recommendations and following up on all the observations contained therein.

Chairperson of the NCHR Board of Trustees, Rohayel Gharaibeh, and the Commissioner-General Mousa Burayzat, highlighted the NCHR plans, programs and priorities during the coming period to reflect a bright image of Jordan's record in the field of human rights.