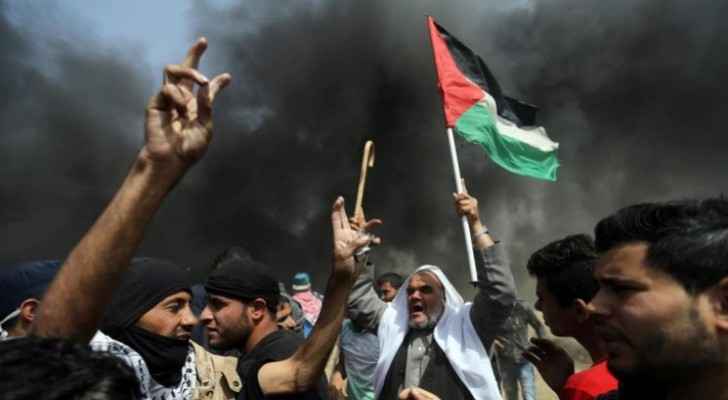 Dozens of Palestinians performed the weekly Friday prayer outdoors today in Wadi al-Hummus area, in the occupied East Jerusalem neighborhood of Sur Baher, in protest of Israel's demolition last week of several homes for their proximity to the Israeli segregation barrier in the area.

Clashes erupted with Israeli forces following the prayer as the latter attacked the worshipers by teargas to disperse them, causing many cases of suffocation from gas inhalation. At least one Palestinian was arrested by the forces during the attack.

On July 22, Israel demolished 10 Palestinian-owned buildings in Sur Baher’s Wadi al-Hummus area and displaced dozens of Palestinians in the process, many of them children. The demolition received wide scale condemnation.

The claim is that the buildings present a security risk to Israel's so-called "security barrier", also known as the apartheid wall, 85 percent of which runs through the Palestinian occupied territories cutting and dividing Palestinian land and communities.

The pretext of this demolition places other Palestinian villages and towns - such as Al-Ram, Tulkarm and Qalqilliya that are in the vicinity of the apartheid wall - at risk.