Former head of Hamas bureau: Jordan under pressure due to position on 'Deal of the Century' 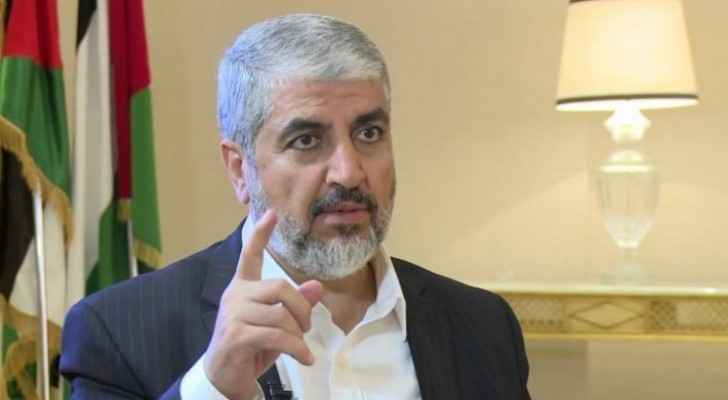 During a seminar entitled "Jerusalem and Aqsa," held in Turkey on Tuesday, April 30, 2019, former head of the Hamas political bureau, Khaled Meshaal said he believes that Jordan is under siege and sanctions because of its position on the "Deal of the Century," among attempts of convincing it to accept the Deal.

"Jordan is one of the most targeted parties in the Deal. Jordan is in danger because of its rejection of the American plan to resolve the Palestinian cause," Meshaal said in a statement published by Member of Parliament, Yahya al-Saud, who attended the seminar.