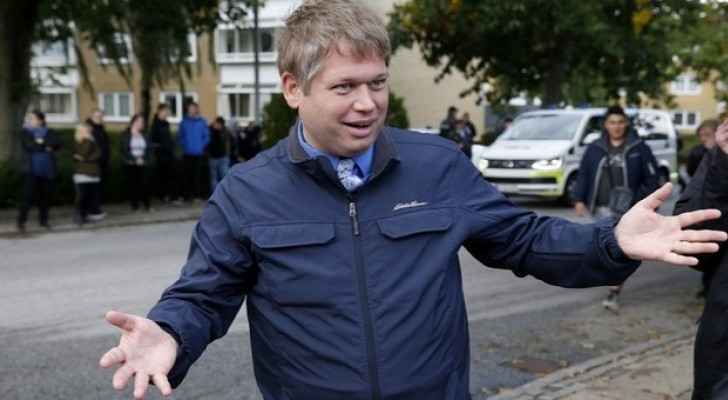 Danish extreme right leader, Rasmus Paludan, burned a copy of the Holy Quran to protest the Friday prayer held in front of the Danish Parliament.

Muslims living in the country performed Friday prayed in front of the Danish parliament, which was organized after legal permissions acquired to protest last week's deadly terror attacks in New Zealand.

In an attempt to provoke the Muslims, a group of extreme right wingers carried Israeli flag and disturbed the Muslim group with air horns during their prayer.

Paludan the leader of the Stram Kurs, anti-immigrant and anti-Islamic party, tried to incite Muslims by burning the Holy Quran.

Last Friday at least 50 Muslims were martyred in New Zealand after the terrorist attacks against two mosques.