US to merge Jerusalem consulate with embassy on Monday

US to merge Jerusalem consulate with embassy on Monday 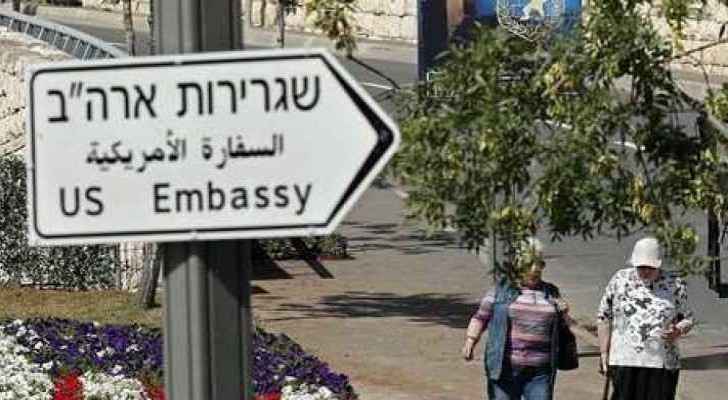 Services for Palestinian Authority residents will no longer be handled by a separate US Consulate but will be merged with the US Embassy on Monday, according to an American official.

When the merger was announced in October 2018, Secretary of State Mike Pompeo said it was for the sake of "efficiency and effectiveness” and did not constitute a change in the US policy.

Palestinian leaders have seen the decision as another move against them by the Trump administration, which they froze contact with after US President Donald Trump recognized Jerusalem as Israel’s capital in 2017.

A State Department official, who asked to remain anonymous, told Agence France-Presse that the date for the merger had not been announced, but “it is expected to take place on March 4”.

The Jerusalem consulate general, which has acted independently as a de facto embassy to the Palestinians since the Oslo Accords of the 1990s, will be replaced by a new Palestinian affairs unit within the embassy.

The Palestinian affairs will come under the direction of US ambassador to Israel David Friedman, who has been a supporter of Israeli settlement building in the West Bank. Some Palestinians view Friedman as biased in favor of Israel.

The State Department official could not confirm reports that the consul general’s residence in Jerusalem would eventually become the home for the US ambassador as part of the embassy’s move to the city, which began last May.

Trump's decision to move the embassy to Jerusalem broke decades of international consensus that the status of the city must first be decided upon through negotiations between Israel and the Palestinians.