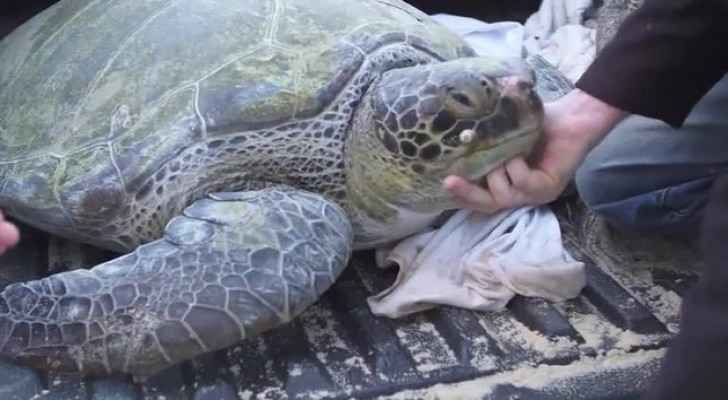 Some 50 injured sea turtles washed up against Israel’s coast over the past few weeks, and rescuers from the country’s Sea Turtle Rescue Center rushed over to save their lives.

The beautiful sea animals were discovered along the Mediterranean shore “suffering from cracked shells and cuts as well as soft tissue damage and internal injuries,” the Times of Israel reported.

Volunteers were enlisted to help lift the heavy marine animals - which can weigh up tp 200 kg each - onto transport trucks.

Sadly, only 15 out of all the turtles discovered survived.

In fact, more than 20 turtles were discovered dead on the beach, ABC 17 reported, which they said is not an uncommon sight to see. However, what is uncommon “are the types of injuries they suffer from,” they said.

"They all suffered from soft tissue trauma that's coming from some kind of shockwave that could happen for seismic surveys or explosives under water," a Sea Turtle Rescue Center employee said.

An investigation by Israel’s Nature and Parks Authority, which operates the center, found that a “recent Italian marine seismic survey looking for offshore oil deposits is the most probable cause,” the Times of Israel reported.

Meanwhile, the turtles that were lucky enough to be saved are now undergoing rehabilitation and will be released back into the ocean in six months if they’re healthy.