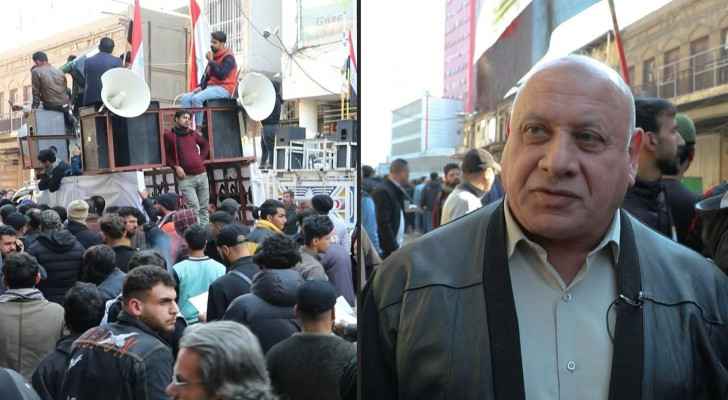 Hundreds of Iraqis gathered on Wednesday in front of the central bank in Baghdad to protest after falls in the local currency against the US dollar, AFP journalists reported.

The official exchange rate is fixed by the government and remains unchanged at 1,470 dinars for one dollar, but since mid-November the value has fluctuated on unofficial markets.

On Wednesday, the dinar was trading at 1,600 against the greenback, a fall that has fuelled anger among Iraqis whose purchasing power has declined sharply.

Amid the fallout, central bank chief Mustafa Ghaleb Mukhif's "request" to be relieved of his duties was accepted on Monday by Prime Minister Mohammed Shia al-Sudani.

But among the crowd of protesters in the capital, who waved flags and chanted "Lower the dollar!", the departure was considered more symbolic than substantial.

"The poorer classes are affected; we have reached a point where it is difficult to continue living," protester Raed Abdelqader told AFP.

Around 400 people attended the demonstration, according to an official from the interior ministry who wished to remain anonymous.

Analysts and officials attribute the drop in the dinar's value to efforts to make Iraq's banking system compliant with the international electronic transfer system known as SWIFT.

An adviser to Sudani said that since mid-November, Iraqi banks wanting to access reserves stored in the United States must make transfers using the electronic system.

The US Federal Reserve then examines the requests and blocks them if it finds them suspicious, and according to the adviser, it has so far rejected 80 percent of the transfer requests over concerns of the funds' final recipients.

The dollar has since become scarce on the Iraqi market, causing its value to increase and the dinar to fall.

The adoption of the SWIFT system was supposed to allow for greater transparency, tackle money laundering and help to enforce international sanctions, such as those against Iran and Russia.

One dead, dozens hurt in stampede before Iraq Gulf Cup ....

One dead, dozens hurt in stampede ....