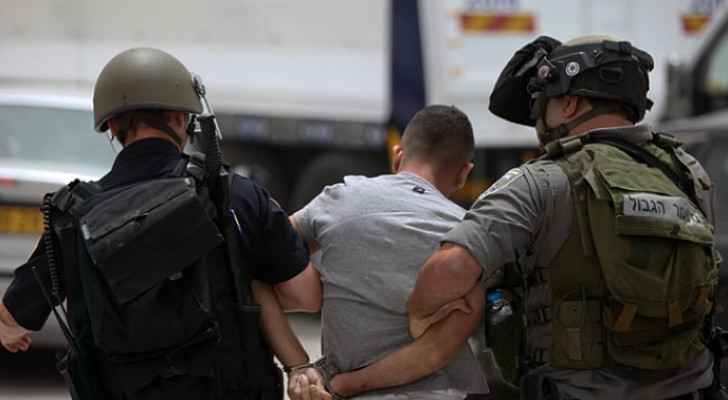 According to the Palestinian news agency, Wafa, the IOF rounded up a 55-year-old father along with his son after breaking into and searching their house in the eastern part of Al-Ubeidiya town, east of the southern West Bank city of Bethlehem.

In the early hours of Tuesday morning, the IOF detained 17 others, including four siblings and a woman activist, in multiple raids across the occupied West Bank.

The IOF frequently raid Palestinian houses almost on a daily basis across the West Bank on the pretext of searching for "wanted" Palestinians, triggering clashes with residents.

These raids, which take place also in areas under the full control of the Palestinian Authority, are conducted with no need for a search warrant, whenever and wherever the military chooses.

Palestinians have no say in how this authority is exercised, Wafa added.

According to the latest figures from Addameer, the Palestinian Prisoner Support and Human Rights Association, there are currently 4,700 Palestinian political prisoners in Israeli Occupation prisons and detention centers, including 150 children and 34 female prisoners.

This number includes approximately 835 Palestinians placed under “administrative detention”, that allows the detention of Palestinians without charge or trial for renewable intervals ranging between three and six months based on undisclosed evidence that even a detainee’s lawyer is barred from viewing.