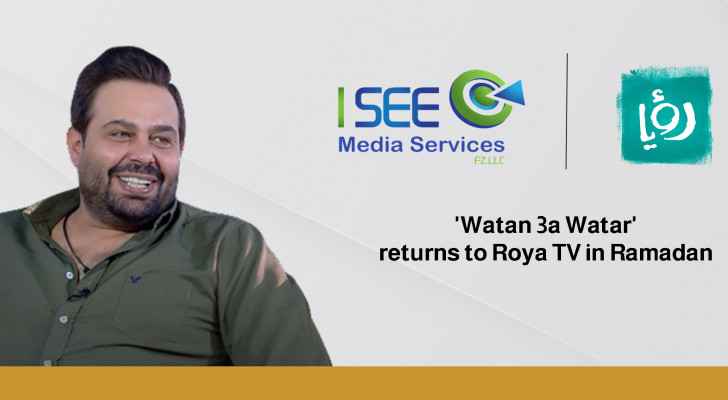 CEO of Roya Media Group (RMG) Fares Sayegh announced that the group has renewed its broadcast rights agreement for the series “Watan 3a Watar” 2023, produced by I SEE Media, headed by Maher Al-Khazouz.

This comes as Roya has always been keen to provide its audience with content that they enjoy during the Holy month of Ramadan.

The series returns in a new season and will be broadcasted on Roya TV during Ramadan 2023. It tackles various social issues in Arab societies in a satirical way.

Watan 3a Watar – which sheds light on many social issues, such as marriage issues, divorce, and various other youth issues – is considered one of the most liked comedy series by viewers. Each episode has a different title and topic.

The production company, I SEE Media, announced that this year, Watan 3a Watar will be different from previous seasons.