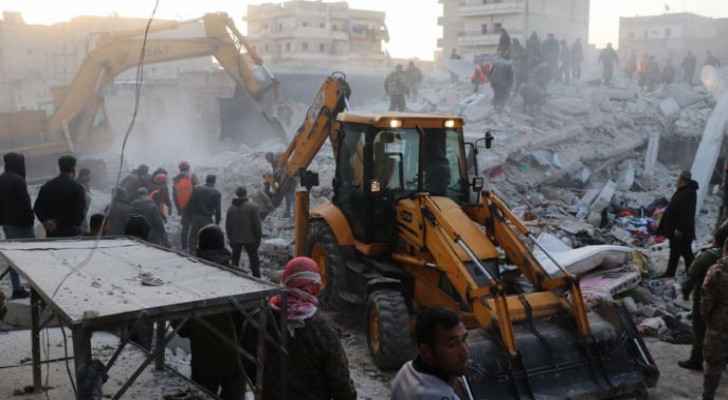 The death toll following the collapse of a residential building in Aleppo Sunday has risen to 16, as reported by the Syrian News Agency, SANA.

The agency added that a total of four people were injured.

Medical and civil defense teams are still removing rubble and searching for survivors.

Notably, a police source told SANA that the five-floor building collapse was due to water leakage into the building's foundation.

'Three dead after residential blast in ....

Shadow of Syria's exiled hangs over ....