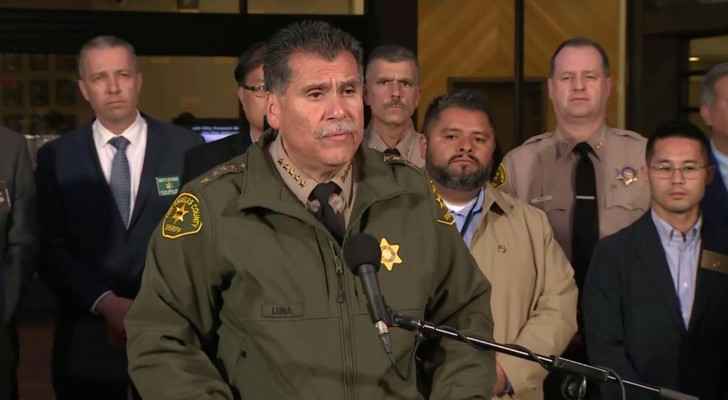 The man wanted for a mass shooting in Monterey Park, California is dead, apparently from suicide, police in Los Angeles said Sunday, as reported by AFP.

The shooter opened fire at a ballroom Saturday night, killing ten people and wounding another ten.

When he attempted to attack a second ballroom half an hour later, civilians wrestled the pistol out of his hand, according to the BBC.

Some media had reported that the attack took place at a Chinese New Year festival, but ABC7 confirmed that the shooting happened at a separate celebration.

The attacker fled the scene and authorities issued a warning about an “armed and dangerous” suspect on the loose.

Los Angeles County Sheriff Robert Luna said police had tracked a wanted van on Sunday morning and when officers approached, they heard one gunshot from within the van.

"The suspect sustained a self-inflicted gunshot wound and was pronounced dead at the scene," Luna said.

The man was named as 72-year-old Huu Can Tran.

"I can confirm that there are no outstanding suspects from the mass shooting incident," Luna said, adding the motive for the attack was not yet known.

"The investigation is still ongoing. Sheriff's homicide detectives are working around the clock gathering additional information and working on determining the motive behind this extremely tragic event," he said.

Tran had previously showed up to a police station complaining that his family wanted to poison him, sources told the Los Angeles Times.

He had been living in a mobile home park that was advertised to elderly people, according to the local paper.

“I still have questions in my mind, which is, what was the motive for this shooter? Did he have a mental illness? Was he a domestic violence abuser? How did he get these guns, and was it through legal means? Well, those questions will have to be answered in the future,” Congresswoman Judy Chu said at a press conference, according to local media outlets.