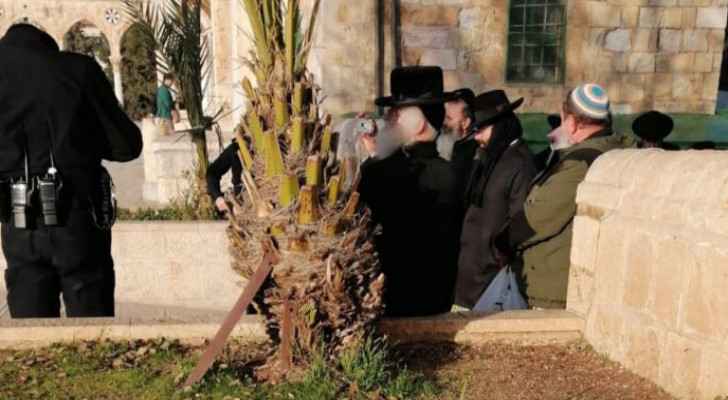 Dozens of settlers Sunday stormed the courtyards of the blessed Al-Aqsa Mosque in the occupied city of Jerusalem.

The Jerusalem Islamic Waqf said in a statement that dozens of extremist settlers, accompanied by Jewish rabbis, stormed Al-Aqsa from the Mughrabi Gate, under the protection of the heavily armed Israeli Occupation police.

The settlers toured the courtyards and performed Talmudic rituals in Al-Aqsa squares.

Notably, settler groups storm Al-Aqsa on a daily basis, except for Friday and Saturday, in an attempt to impose temporal and spatial division on the Holy Mosque.