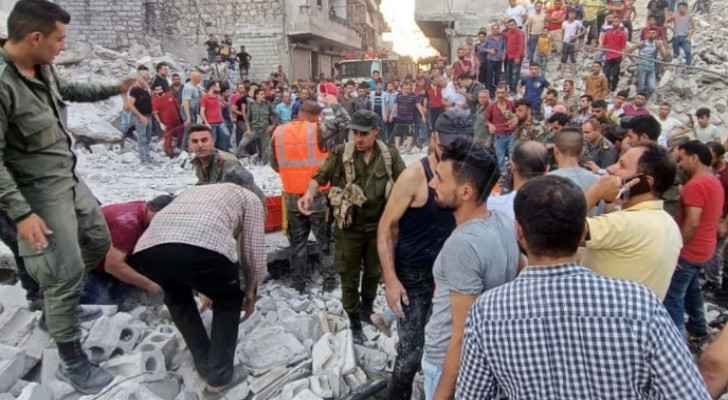 Sunday, 10 people, including one child, died in the collapse of a residential building in the Sheikh Maqsoud neighborhood in the Syrian governorate of Aleppo, as reported by the Syrian News Agency, SANA.

An Aleppo police source told SANA that the building consisted of five floors.

The source said the collapse was due to water leakage into the building's foundation.

He pointed out that the rescue, civil defense and firefighting teams' work is ongoing to recover missing persons from under the rubble.

'Three dead after residential blast in ....