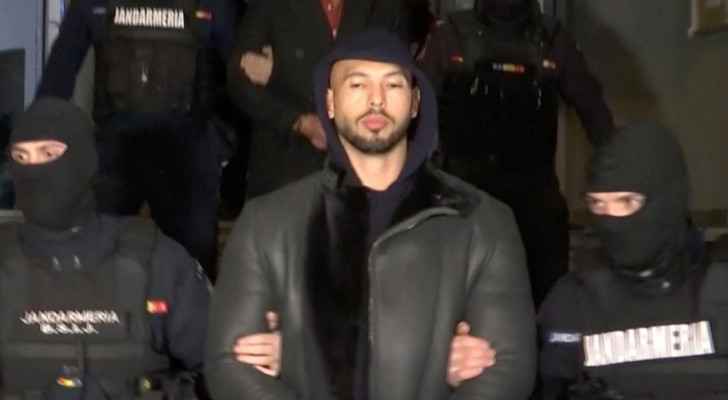 Controversial influencer Andrew Tate and his brother Tristan will stay in custody until Feb. 27 after a Romanian court decided to extend their police detention, according to the BBC.

Earlier on Jan. 10, the court heard an appeal by Tate against his 30-day detention for alleged human trafficking, rape and forming a criminal group.

"At the beginning of 2021, (the) four suspects formed an organized criminal group with a view to committing the crime of human trafficking on the territory of Romania, but also other countries," said prosecutors from Romania's organized crime and terrorism investigations directorate (DIICOT) in a statement issued Dec. 29.

The Tate brothers and two Romanian women were initially detained for 24 hours following their arrest on December 29.

But a Bucharest court granted the prosecutors' request to extend their detention to 30 days because there was a possibility they might try to escape or otherwise evade investigation.

The four suspects are under investigation for allegedly coercing women into "forced labor... and pornographic acts," which they intended to publish online for "substantial financial benefits."

Tate, 36, and his brother, 34, deny the charges, according to Vidineac.

"There is not a single piece of evidence to suggest that a crime of rape has been committed," Vidineac told local media this week.

Tate says Romania case against him ....

Tate brothers arrive at Romanian court to ask for release