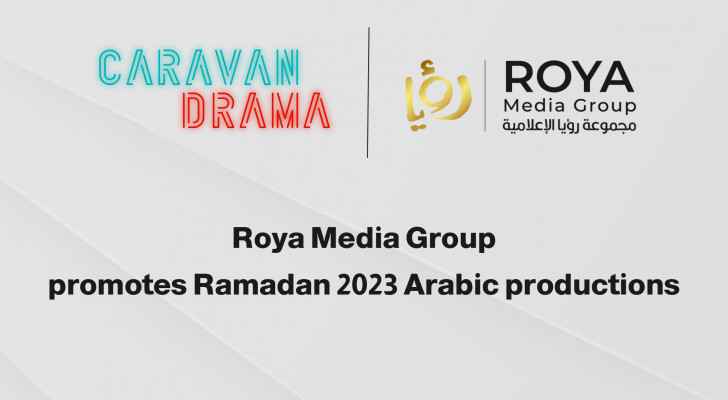 Roya Media Group (RMG) announced its invitation for production companies to join its Caravan Drama program by sharing their Ramadan 2023 productions to be promoted and aired on Roya's screen during the holy month.

Roya has also begun preparing for the production of its own television program that showcases Arabic dramas.

Caravan Drama takes on the essence of Ramadan by featuring series that are in the running to win the holy month race.

It also shows some behind-the-scenes footage and interviews with different cast and crew members.

The goal is to promote production companies and show off their best work with clips from past episodes to get viewers hyped to watch it and start talking about it.

Roya was the most-watched channel in Jordan during Ramadan 2022 with 48 percent daily viewership, which is a testament to Roya's growing annual success.

Notably, Roya is the fourth most-watched channel among audiences from the Levant residing in the United Arab Emirates.