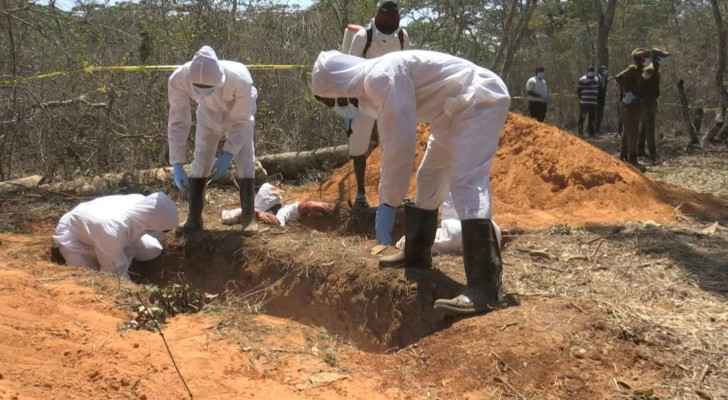 Malawi has discovered a mass grave in the north of the country containing the remains of 25 people suspected to be migrants from Ethiopia, local police said Wednesday.

"The grave was discovered late on Tuesday but we cordoned it off and started exhuming today. So far, we have discovered 25 bodies," police spokesperson, Peter Kalaya, told AFP.

Police were alerted by villagers in the Mzimba area, approximately 250 kilometres north of the capital Lilongwe, who stumbled on the grave while collecting wild honey in a forest.

"We suspect that they were illegal migrants who were being transported to South Africa via Malawi," he said.

He added that evidence gathered from the site indicated the victims were Ethiopian males aged between 25 and 40 years.

The decomposing bodies were exhumed and taken to a morgue for autopsy.

The bodies appear to have been buried "probably not more than a month" ago, he said.

Kalaya said that between January and September this year, authorities had intercepted 221 illegal immigrants, 186 of whom were Ethiopians.

Two years ago immigration authorities in neighbouring Mozambique made a grim discovery, finding 64 migrants from Ethiopia dead inside a freight container loaded on a truck.

They were presumed to have died from suffocation. A few survivors were among the group.

The International Organization for Migration (IOM) chief in Malawi, Nomagugu Ncube, said they were still gathering information about the latest incident.

"IOM notes with concern the continued loss of migrants' lives along the migration journey and calls upon state and non-state actors to work together to promote legal pathways for migration," she told AFP.

Malawi to be first country to open an embassy in Occupied ....

Malawi to be first country to open an embassy in ....

Malawi to be first country to open an embassy ....

Malawi to be first country to open an ....