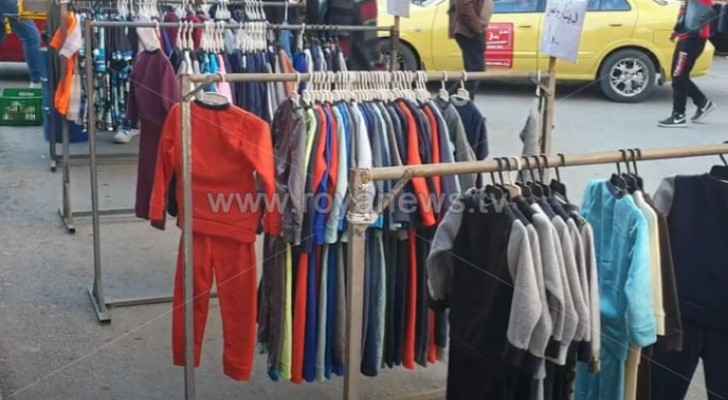 The Greater Irbid Municipality (GIM) launched a campaign that aims to limit the spread of unauthorized street vendors in the governorate.

The decision has been met with support and controversy, as citizens were divided and expressed opposing opinions regarding their removal.

The Director of Health Affairs in the Municipality, Mahmoud Al-Shayyab, told Roya that a meeting was held to discuss the means through which the current situation with street vendors will be handled.

The Municipality’s goal in the first phase is to remove 50 percent of illegal street vendors.

The head of the Irbid Chamber of Commerce, Muhammad Al-Shouha, spoke about the importance of appointing observers in different streets, where these street vendors operate, to follow up on the situation.

The main target areas are main intersections, roundabouts and sidewalks in front of authorized shops.

One of the reasons this is important is to ensure the source of income for many families is protected, he added.

Street vendors demanded that they be licensed through means other than the standard government system, saying that it would cut off the financial dues that they receive from the Ministry of Social Development.

On the other hand, store owners in the Irbid objected to their presence because they operate illegally.

Garage roof collapses in Irbid due to Turkey earthquake

Garage roof collapses in Irbid due to Turkey ....

Garage roof collapses in Irbid due to Turkey ....

Garage roof collapses in Irbid due to ....