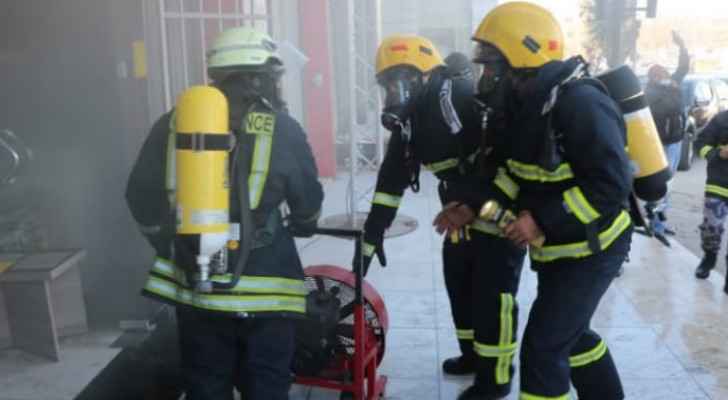 Four people sustained first-degree burns after a fire broke out in their apartment in the 60th Street area in the city of Salt, Balqa Governorate.

A security source in the Civil Defense told AmenFM, on Tuesday, that the injured were rushed to the hospital and firefighters managed to put out the fire.

Authorities arrest expats in possession of narcotics in ....