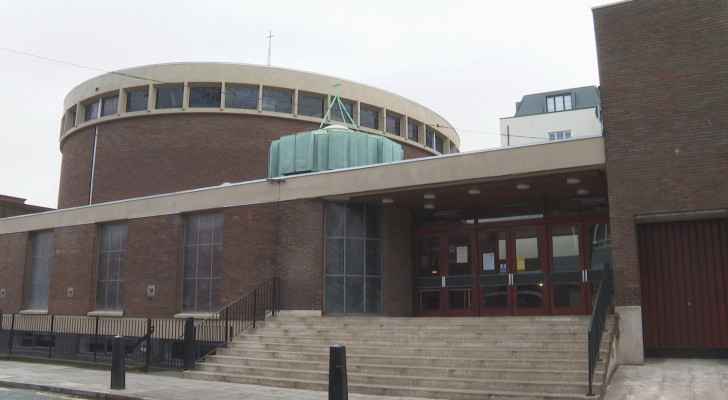 London police said on Monday they had arrested a 22-year-old man after a seven-year-old girl was left fighting for her life following a shooting as mourners left a church service.

Gunshots rang out at the St Aloysius church in Euston, central London, on Saturday afternoon as mourners were leaving a requiem mass for a mother and daughter.

"Detectives investigating the shooting outside a church in Euston have arrested a 22-year-old man on suspicion of attempted murder," the Metropolitan Police said.

The man was arrested in northwest London shortly before 4:00 pm (1600 GMT) on Sunday and remains in custody, the Met added.

Police believe the shots were fired from a moving vehicle which was then driven away from the scene.

The priest who conducted the service, Father Jeremy Trood, said it had been a requiem mass for Sara Sanchez, 20, and her mother Fresia Calderon, who both died within a month of each other in November.

The younger woman succumbed to leukemia while her mother died after suffering a blood clot on arrival at Heathrow airport from Colombia, the MyLondon news website reported.

"I heard this almighty bang and I thought this was not normal, and the next minute everyone was screaming and shouting," a neighbor was quoted as telling British media.

The Daily Telegraph meanwhile reported that Calderon's late ex-husband Carlos Arturo Sanchez-Coronado was jailed in the UK in 2009 after being convicted of money laundering for a London drug gang linked to the Colombian Cali cartel.

During raids on the gang, police seized millions of pounds (dollars) of cash and drugs with a street value of £100 million ($122 million).

Sanchez-Coronado fled to Colombia, but was tracked down and extradited to the UK, the daily said.

In addition to the seven-year-old girl, four women and another girl, 12, were wounded in the incident near the busy Euston railway station.

The 12-year-old girl was discharged from hospital after treatment for minor leg injuries.

A 21-year-old woman was also taken to a central London hospital but police said her injuries were not life-threatening.

Three other women aged 41, 48 and 54 remained in hospital with non-life-threatening injuries, although the 48-year-old's were "potentially life changing", police said.

A witness told MyLondon the shots were fired as mourners who had attended the mass watched doves being released afterwards.