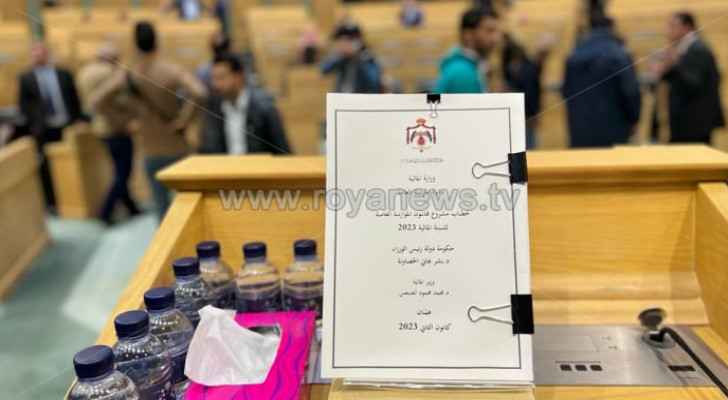 The Parliament held a session Monday to discuss the general budget for the year 2023.

Minister of Finance Mohammed Al-Ississ said that Jordan has always managed to overcome all economic difficulties.

Ississ said that the economic situation is globally challenging after the repercussions of the coronavirus pandemic, the continuation of the Russian-Ukrainian war, and the inflationary stagnation.

“Whenever the major economies take policies to contain these crises, their internal decisions are reflected in our economy,” he said.

He added: "A sense of responsibility obligates us to move away from temporary solutions to mitigate and beautify reality.”

He continued: "The government realizes that the feeling of frustration that threatens our job-seeking youth is real and it is at the forefront of our priorities when we make budgets and draw plans (to provide job opportunities).”

“The government also realizes that the decline in purchasing power in light of the high cost of living, and distorts the tax burden by placing it on the middle class instead of those who are more income, and its reliance on indirect consumption taxes at the expense of fair income taxes that distinguish between the rich and the poor, the decline in the level of services and infrastructure after years of reducing capital spending, and the risks of continuing to rise in the budget deficit and the accumulation of public debt structural challenges that weakened the economy and affected the standard of living of citizens,” he added.

According to Ississ, the total expenditures in the draft general budget law for the year 2023 will reach JD 11.4 billion, which is an increase of 8.3 percent compared to 2022.

Ississ stressed the government is committed to maintaining the prices of basic foodstuffs, noting that JD 277 million were allocated to subsidize wheat, barley, and fodder in the budget.

In addition to "allocations necessary to implement the plan to advance the tourism and agricultural sectors and other projects launched by the government," according to Ississ.

He pointed out that the total revenues from taxes, in addition to grants from the United States and the European Union, amount to JD 9 billion, pointing out that 70 percent of the budget goes to salaries and retirement.

During a session held on November 20, headed by Prime Minister Bisher Al-Khasawneh, the Council of Ministers approved a draft law amending the Civil Status Law for the year 2022.