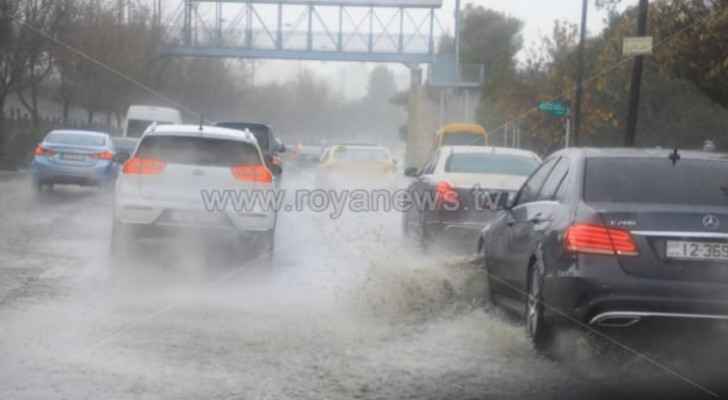 The Kingdom is expected to be affected by unstable weather conditions in the early hours of Monday morning, according to Arabia Weather Sunday.

Based on the latest weather predictions, temperatures will remain cold in various regions of the Kingdom Sunday night, with high chances of rain in some areas.

The Kingdom will be hit with unstable wind activity originating from the Red Sea depression coming from Saudi Arabia, in addition to a very cold air mass located in the upper layers of the atmosphere.

Fog is expected to start forming in the late hours of Sunday night and early hours of Monday morning in the desert and southern regions.

Chance for light showers of snow mixed with rain Monday: ....

Chance for light showers of snow mixed with rain ....

Chance for light showers of snow mixed with ....