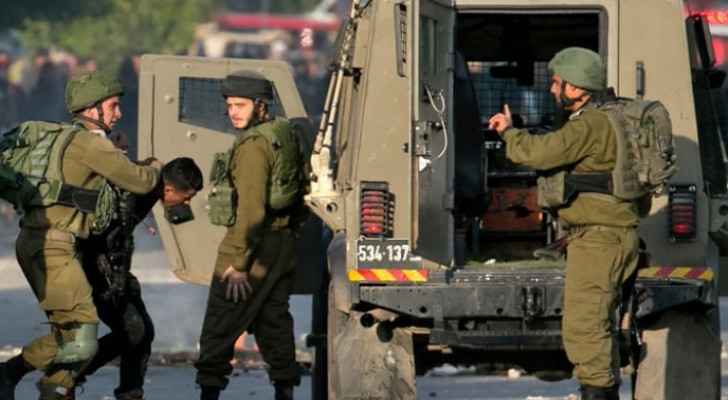 Palestinian news agency, Wafa, said that the IOF stormed the Jalazone camp, and arrested the two brothers, Qassam and Masoud Zuhair Samadaa, and Muhammad al-Kanish, after raiding and searching their homes.

They also arrested the young man, Saleh Al-Maken, from the town of Deir Abu Mishaal, northwest of Ramallah, while those forces raided the town of Beit Rima, and broke into Samer Al-Barghouti's house, demanding that he hand over his son, Bilal.

In Bethlehem, on Wednesday at dawn, they arrested the freed prisoner, Munir Blue, from the town of Beit Fajjar, after his house was raided and searched.

The IOF also arrested Kayed Nayfeh from Tulkarm, and in Nablus they arrested Yazan Habash.