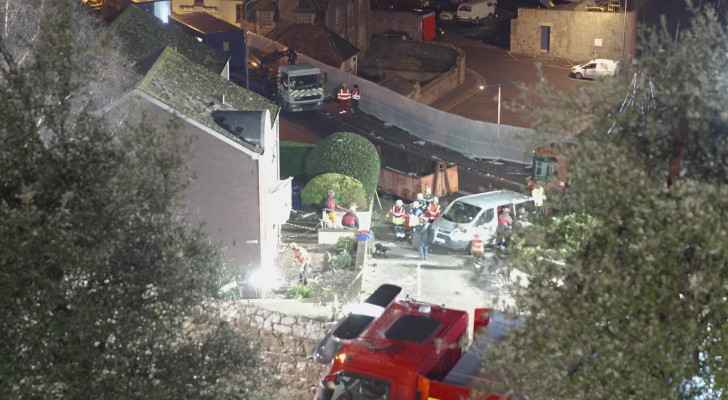 Three people were killed and several others were missing after a "devastating" explosion on Saturday flattened a low-rise apartment block in Jersey, authorities said.

Nearby resident Anthony Abbott said his flat's windows were smashed inward by the blast wave, "and there was fire everywhere outside".

"It was very, very distressing," he told the BBC. "I'm a little bit shocked, but we are lucky we're OK."

Jersey's gas supplier, Island Energy, said it was working with the fire service to understand what happened.

The fire was put out but emergency services were conducting "significant work" at the scene, and the rescue operation could take days, police said.

"We have a three-story building that has completely collapsed -- described from a demolition point of view as a pancake that has dropped almost straight down," he said.

"There is also damage to a nearby building as well, another block of flats that the fire service needs to make safe. It is a pretty devastating scene, I regret to say."

Prior to the updated death toll given by the chief minister, Smith said "around a dozen" people were missing, "but you will also appreciate that number could fluctuate".

Two others were taken to hospital, Smith said, describing them as "walking wounded".

"Specialist resources" have been mobilized to find anyone trapped in the rubble, according to the police, helped by an urban search-and-rescue team from southern England.