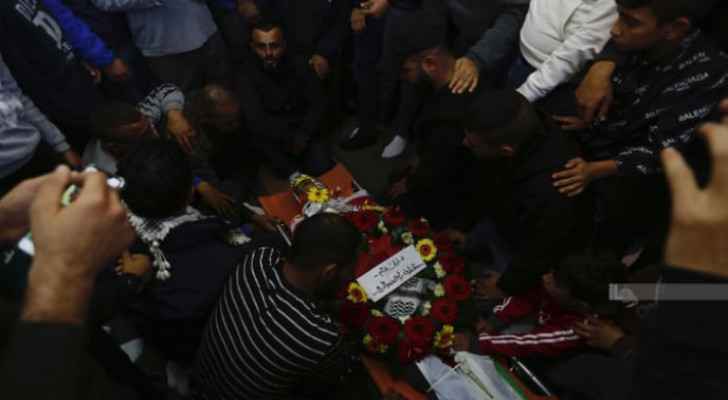 Friday, Palestinians held a funeral for the young martyr Diaa Rimawi who was shot dead by Israeli Occupation forces after a raid near the Ofra settlement, which was built on the lands of the village of Aboud, northwest of Ramallah.

The funeral was held in the town of Beit Rima, west of Ramallah. Diaa’s mother carried her son's coffin over her shoulders, bidding him farewell for the last time.

Notably, since the beginning of 2022, the number of Palestinians who were killed by the Israeli Occupation has exceeded 220.