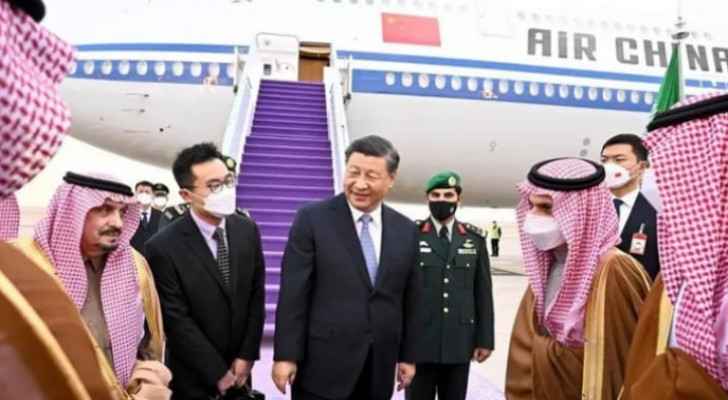 Chinese President Xi Jinping touched down in Saudi Arabia on Wednesday for a visit that is likely to focus on energy ties but also follows months of tensions with the United States.

Xi, recently reanointed as leader of the world's second biggest economy, arrived in the capital Riyadh, Chinese and Saudi state media said, for a three-day visit that will include talks with the Saudi rulers and other Arab leaders.

On major roads in Riyadh, the red-and-gold Chinese flag alternated with the green Saudi emblem.

China is the top customer for oil from Saudi Arabia, the leading exporter of crude, and both sides appear keen to expand their relationship at a time of economic turmoil and geopolitical realignment.

The trip -- only Xi's third overseas journey since the coronavirus pandemic began, and his first to Saudi Arabia since 2016 -- comes after US President Joe Biden's visit in July, when he pleaded in vain for higher oil production.

It will feature bilateral meetings with Saudi King Salman and Crown Prince Mohammed bin Salman, the de facto ruler, as well as a summit with the six-member Gulf Cooperation Council and a wider China-Arab summit.