Afghan girls sit leaving exams despite no school for a year

Afghan girls sit leaving exams despite no school for a year 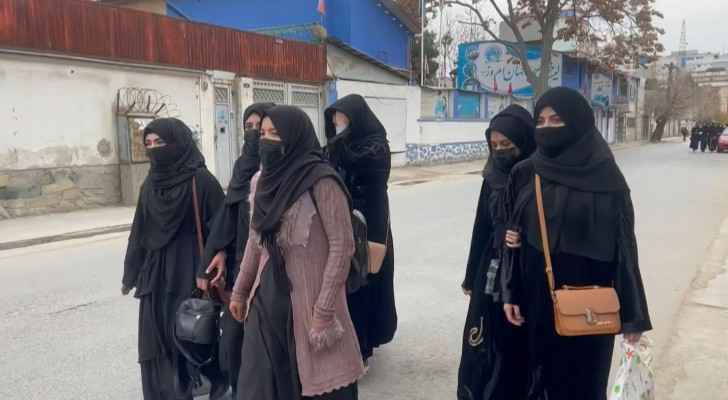 Afghan education authorities staged secondary-school leaving exams for girls across much of the country Wednesday despite most of them being barred from attending classes for over a year, AFP reported.

The education ministry would provide no details of the exams -- or how many pupils were sitting them -- and refused to allow the media near schools where they were being held.

"They were very difficult. We had no preparation," one teenager told AFP as she made her way home, asking not to be identified.

She said they were given notice just days ago to prepare.

"This exam is useless because for three years we haven't studied anything. There was the coronavirus, then the arrival of the Taliban, so we couldn't study."

Most secondary schools for girls have been shut across the country since the Taliban returned to power in August last year.

The ministry announced the reopening of schools in March last year, but they were shut hours later on the order of supreme leader Hibatullah Akhundzada, who Taliban sources have said is opposed to girls' education.

Afghan educator who quit over women ban vows to fight