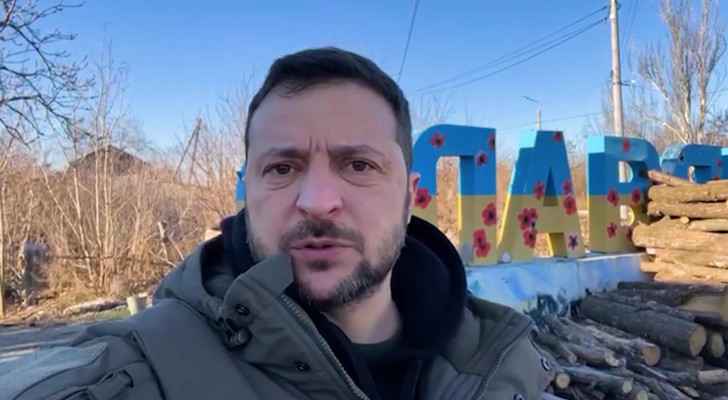 President Volodymyr Zelensky on Tuesday was visiting the frontline city of Sloviansk in the eastern Ukraine region of Donetsk, where Russian forces have been pressing an offensive for months, the presidency said, according to AFP.

Zelensky appeared in a video on social media wearing a winter coat and standing next to large sign in Ukraine's blue and yellow colors bearing the city name Sloviansk and calling for a moment of silence to commemorate killed Ukrainian soldiers.

25 killed in Russia border region since ....