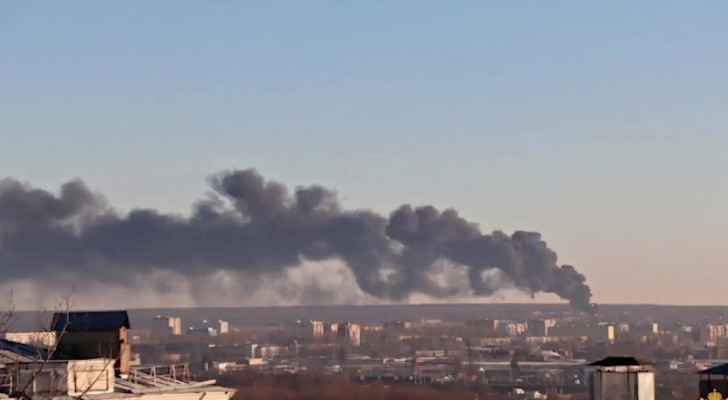 A drone has attacked an airfield in Russia's Kursk region bordering Ukraine, the local governor said Tuesday, a day after Moscow blamed Ukraine for drone strikes at two other Russian airfields, reported AFP.

"As a result of a drone attack in the area of the Kursk airfield, an oil storage tank caught fire. There were no casualties," governor Roman Starovoyt said on social media, adding that they were trying to contain the fire.

Starovoyt did not specify where the drone originated.

On Monday, Russia's defense ministry said Ukraine "attempted to strike" the Dyagilevo airfield in the Ryazan region and the Engels airfield in the Saratov region with "Soviet-made drones."

The drones were intercepted but debris fell and exploded on the airfields, the ministry added.

It said that three soldiers had been killed and four others injured.