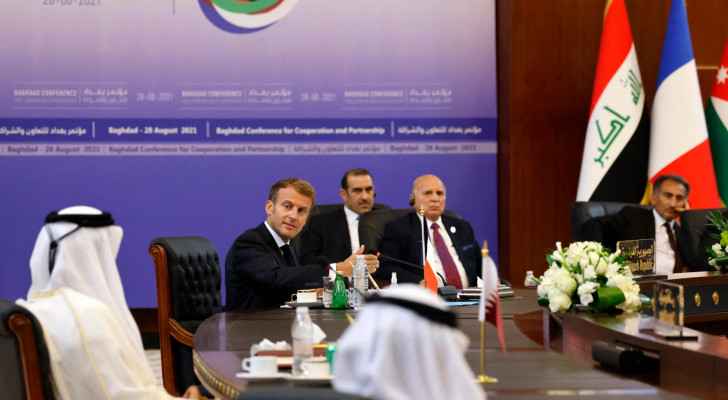 Jordan will host an international summit on Iraq with the participation of France before the end of 2022, according to an announcement made by the Elysee Palace on Sunday.

The summit is the second of its kind to help Iraq face internal challenges and external aggressions, after a meeting held there in mid-2021 under the slogan of the Baghdad Conference for Cooperation and Partnership.

The announcement was made after a phone call between the French President Emmanuel Macron and the new Iraqi Prime Minister, Muhammad Al-Sudani.

The Elysee said in a statement that following their call on Nov. 27, the two officials agreed to continue preparing, in coordination with Jordan, for the next summit, similar to the 'Baghdad summit,' that will bring together in Amman the main leaders of the region and the President of the Republic before the end of this year. However, it did not specifically name which leaders will attend the Amman summit.

The Elysee stated that the summit aims to discuss foreign interference, in an implicit reference to Iran and Turkey, which have been launching attacks on Kurdish areas in northeastern Syria and northern Iraq for weeks, in violation of the agreements reached at the Baghdad summit.

In addition to King Abdullah II and Macron, those who participated in the Baghdad summit are the Emir of Qatar, the Egyptian President, the Kuwaiti Prime Minister, and the Foreign Ministers of Saudi Arabia, Turkey and Iran.