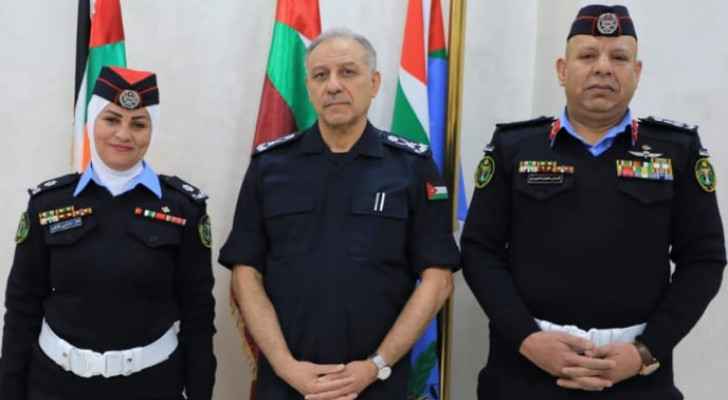 Monday, the Director of Public Security Directorate honored Lieutenant Ola Al-Jaloudi for stopping a young man from killing himself on Sunday.

The director expressed his gratitude for such an action and stressed that it is not strange for the members of the directorate to do so as they serve citizens, enhance their security and protect their lives.

He lastly added that members of the Public Security Directorate are available to help and support all Jordanians.

Earlier on Sunday, a police officer was successfully able to convince a young man not to jump off a bridge in Jordan’s capital, Amman.

A video documented the officer talking to the young man and urging him not to take his own life.

At one point, the officer is heard saying, “I’m right here, don’t jump just come down. I’m right here with you.”

The young man is later seen being walked away by two other men while the officer is visibly emotional and crying on the sidewalk.

Two injured after vehicle crashes into wall on Airport ....

Two injured after vehicle crashes into wall on ....

Two injured after vehicle crashes into wall on ....

Two injured after vehicle crashes into ....

Five US police officers charged with beating black man to ....

Five US police officers charged with ....