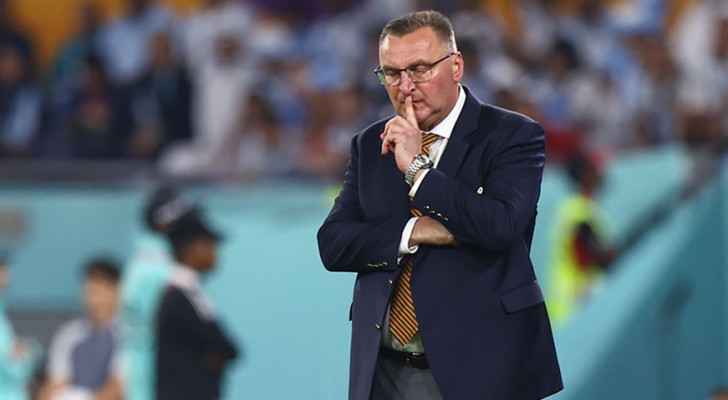 Poland coach Czeslaw Michniewicz believes his side can go on to lift the World Cup trophy in Qatar if they get past defending champions France in their last-16 tie on Sunday, reported AFP.

The Poles reached the knockout rounds of the World Cup for the first time since 1986 after scraping through on goal difference from Group C despite a 2-0 loss to Argentina in their final game.

"We were not ready to go home," said Michniewicz, who only took over the Poland job in January after the departure of Paulo Sousa.

"If we win against France we could become the next world champions.

"We're very happy to play the world champions. France are not already guaranteed to advance. Everything's to play for, you win or go home and the stakes are high."

Michniewicz said he had been unable to pinpoint weak points in France's "wonderful team."

"We believe we will play a good game but we know it's a huge challenge ahead of us," he said. "We want to show the world we can play football."

Robert Lewandowski scored the first World Cup goal of his prolific career in the 2-0 win over Saudi Arabia after he had a penalty saved in Poland's opening 0-0 draw with Mexico.

Michniewicz admitted his team needs to do more to supply the Barcelona striker, with Poland managing just four shots on target in three games so far in Qatar.

"We did not create enough opportunities for Robert," he said. "They (strikers) need to be near the penalty box. Against Argentina the opponent didn't allow us to do a lot.

"We need to improve on that but we need to realize that France will be dictating the game."

Poland must try and subdue a France attack led by Kylian Mbappe, who was left out of the starting line-up for the 1-0 defeat by Tunisia as Didier Deschamps made nine changes with qualification already assured.

"How to defend against him (Mbappe)? I think we'd need to have scooters because he's so fast," quipped Poland forward Arkadiusz Milik, who has come up against the Paris Saint-Germain star with Marseille.

"It's difficult to play against one of the best players in the world. We need to play collectively as a group. No one is able individually to stop him."