Biden, Macron pledge to support Ukraine's fight 'as long as it takes'

Biden, Macron pledge to support Ukraine's fight 'as long as it takes' 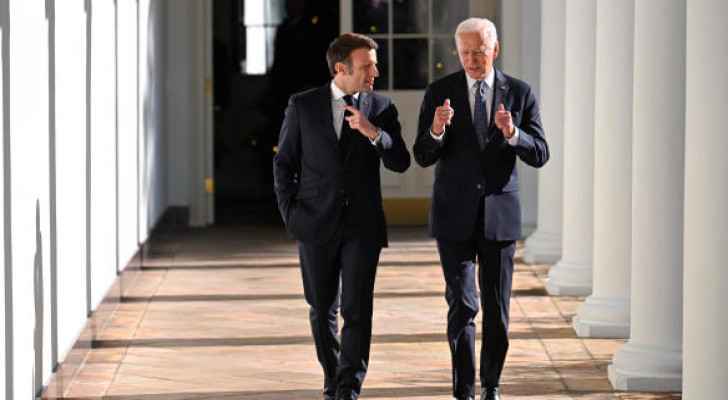 US President Joe Biden and visiting French leader Emmanuel Macron declared Thursday that they would not let up on support for Ukraine's war against Russia and pledged to hold Moscow responsible for war crimes, reported AFP.

The two reaffirm "support for Ukraine’s defense of its sovereignty and territorial integrity, including the provision of political, security, humanitarian, and economic assistance to Ukraine for as long as it takes," they said in a statement.

"They also reiterate their steadfast resolve to hold Russia to account for widely documented atrocities and war crimes," the statement added.