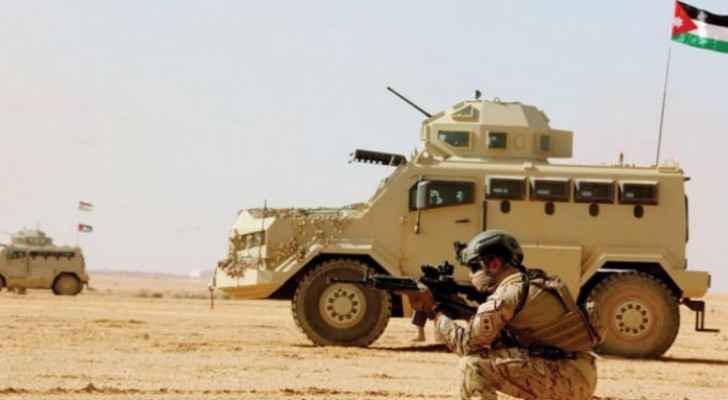 The eastern military region thwarted an attempt to infiltrate and smuggle large quantities of narcotic substances coming from Syrian territory, according to an official military source in the General Command of the Jordanian Armed Forces - the Arab Army (JAF) Wednesday.

The source said that relevant authorities detected an attempt by a group of smugglers to cross the border illegally from the Syrian lands to the Jordanian lands. The smugglers retreated into Syria.

The source added that 196 hashish slabs and 610,000 Captagon pills were found.

The JAF will deal firmly with any infiltration or smuggling attempt in order to protect citizens and the security of the Kingdom's borders, the source lastly added.