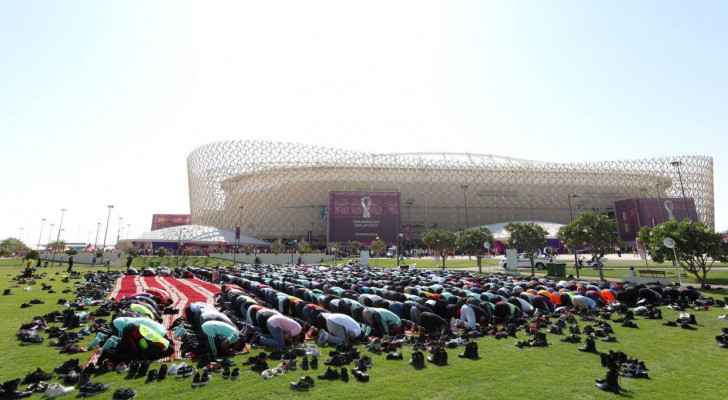 A number of fans held Friday prayer in the vicinity of Ahmed Bin Ali Stadium and Al Thumama Stadium just before the start of the game between Iran and Wales for the FIFA World Cup Qatar 2022.

Videos and pictures of those praying went viral on social media.

Iran started its match with Wales at 1:00 pm, after it had previously lost 6-2 to England in its World Cup opening game on Monday, Nov. 21.

On the other hand, Wales is seeking its first World Cup victory since 1958, after its 1-1 draw with the United States in its opener which also took place on Monday, Nov. 21.

Al Thumama Stadium in the Qatari capital, Doha, is scheduled to witness a game between the host Qatar and Senegal which will start at 4:00 pm Amman time.

Both Qatar and Senegal look to redeem themselves after both lost 2-0 to Ecuador and Netherlands, respectively.