IMAGES: Neymar to have ankle examined on Friday after last injury

IMAGES: Neymar to have ankle examined on Friday after last injury 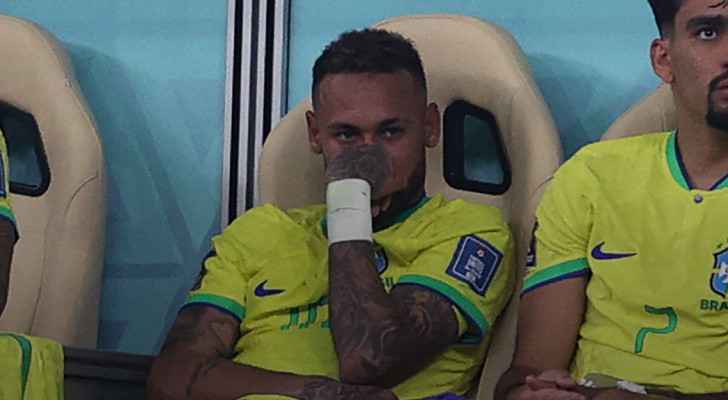 Brazil star Neymar suffered an injury to his right ankle during their World Cup opener with Serbia which Brazil won 2-0 on Thursday night.

Neymar was seen leaving the football field limping after a heavy tackle from Nikola Milenkovic and the Brazilian team doctor, Rodrigo Lasmar, revealed that the player suffered a sprained ankle, and would have to have x-rays on Friday.

And he explained: “We have to wait between 24 to 48 hours for another assessment” before adding, “we cannot make premature comments.”

Brazil’s head coach Tite said, “We are confident Neymar will continue playing in the World Cup.”

While on the bench, the player took off the shoe from his right foot and removed his sock and shin guard, and in the photos taken by AFP photographers, an egg-sized swelling appeared on his ankle.

Then Neymar appeared limping on his return to the dressing room.

During the match against Serbia, the Brazilian player was fouled nine times, drawing four more free-kicks than any other 2022 World Cup player so far.

Neymar appeared very active in the match that was held at Lusail Stadium, and was one of the most prominent players of the Brazilian national team until he was substituted in the 80th minute.

Neymar has a long history of injuries, specifically to his right ankle in 2019, which caused him to miss Copa America. He also suffered a strong back injury in the 2014 World Cup quarter-final match against Colombia, which prevented him from completing the tournament which was hosted by Brazil.

Brazil has a game with Switzerland on Monday. 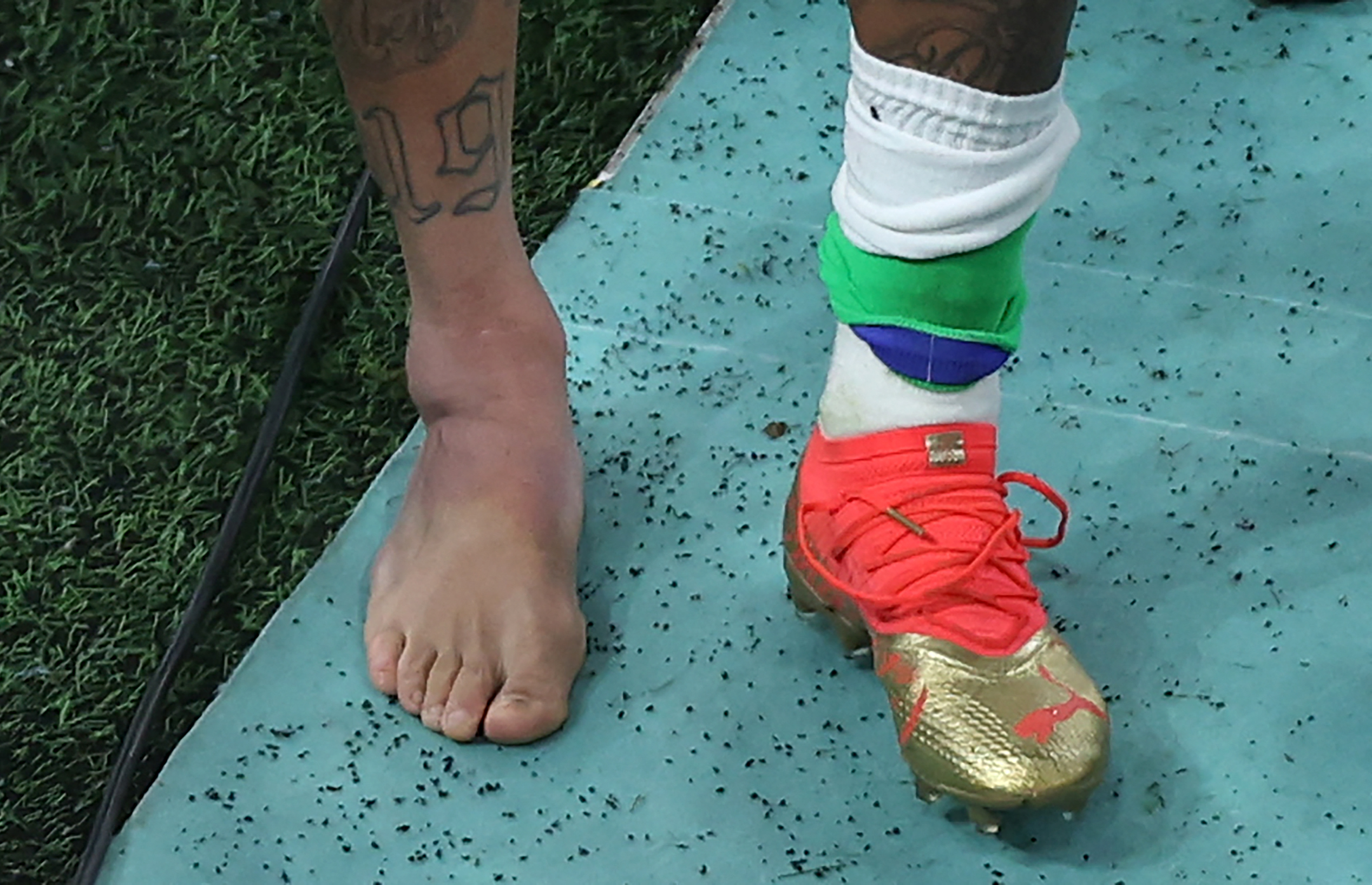 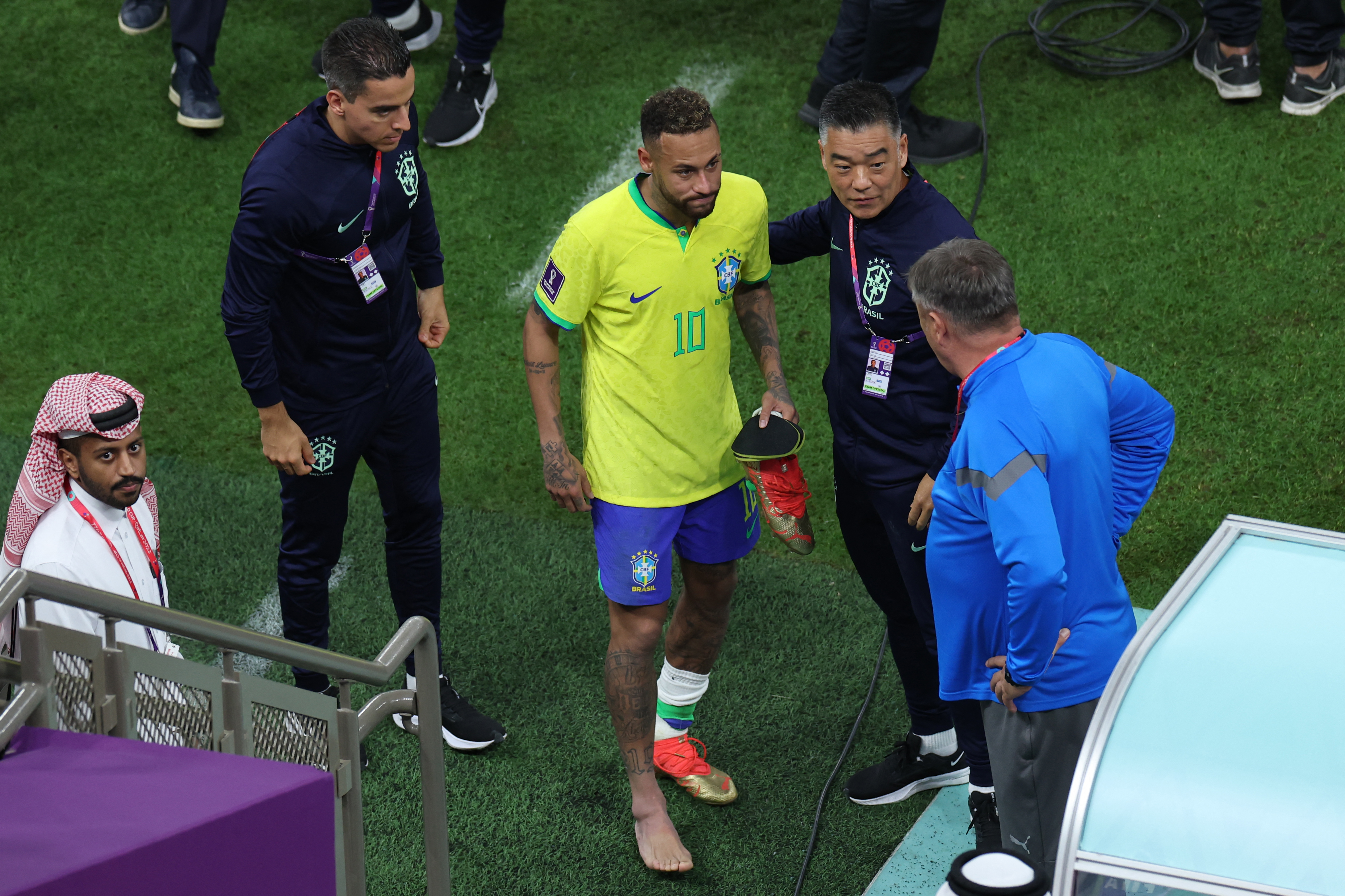 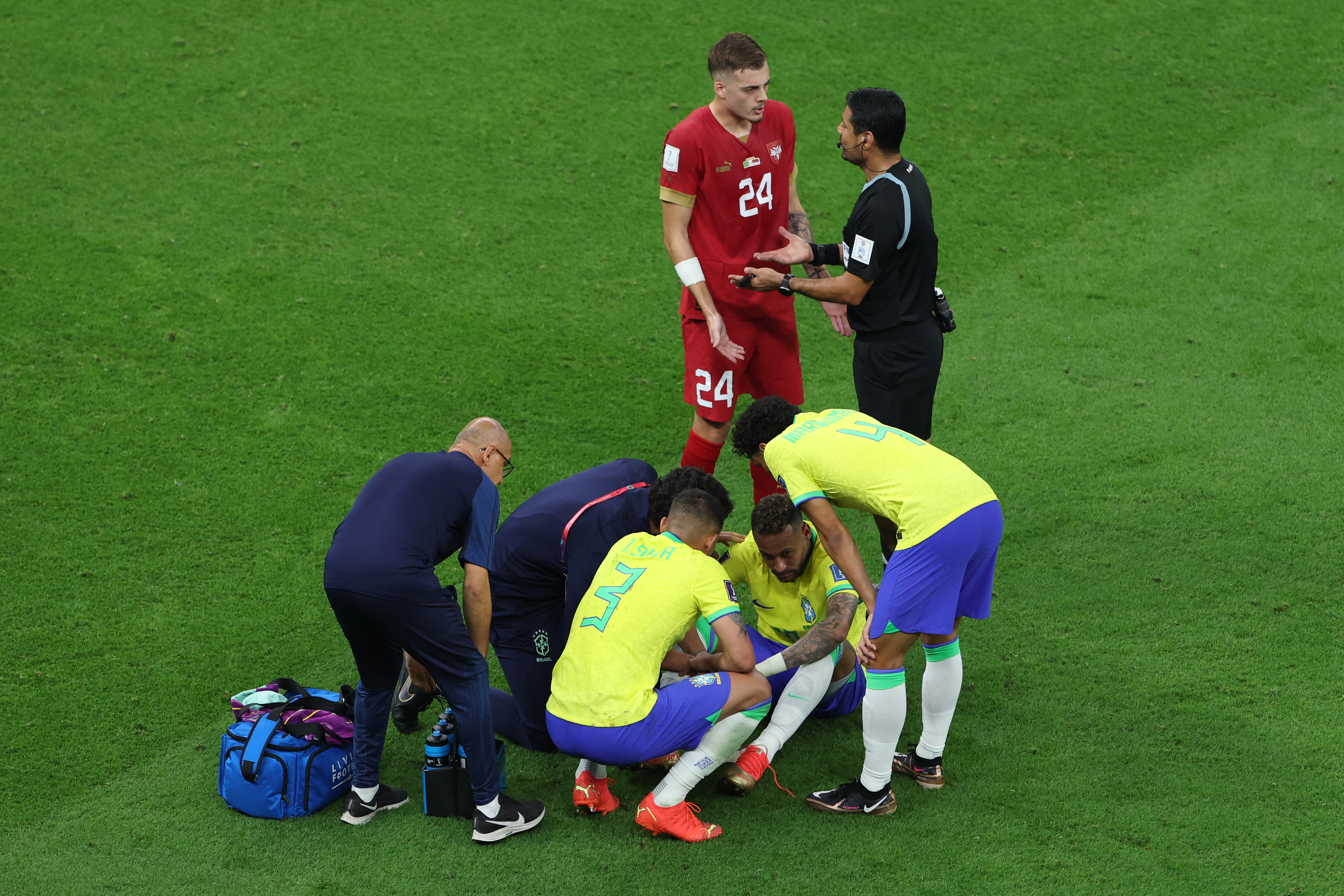 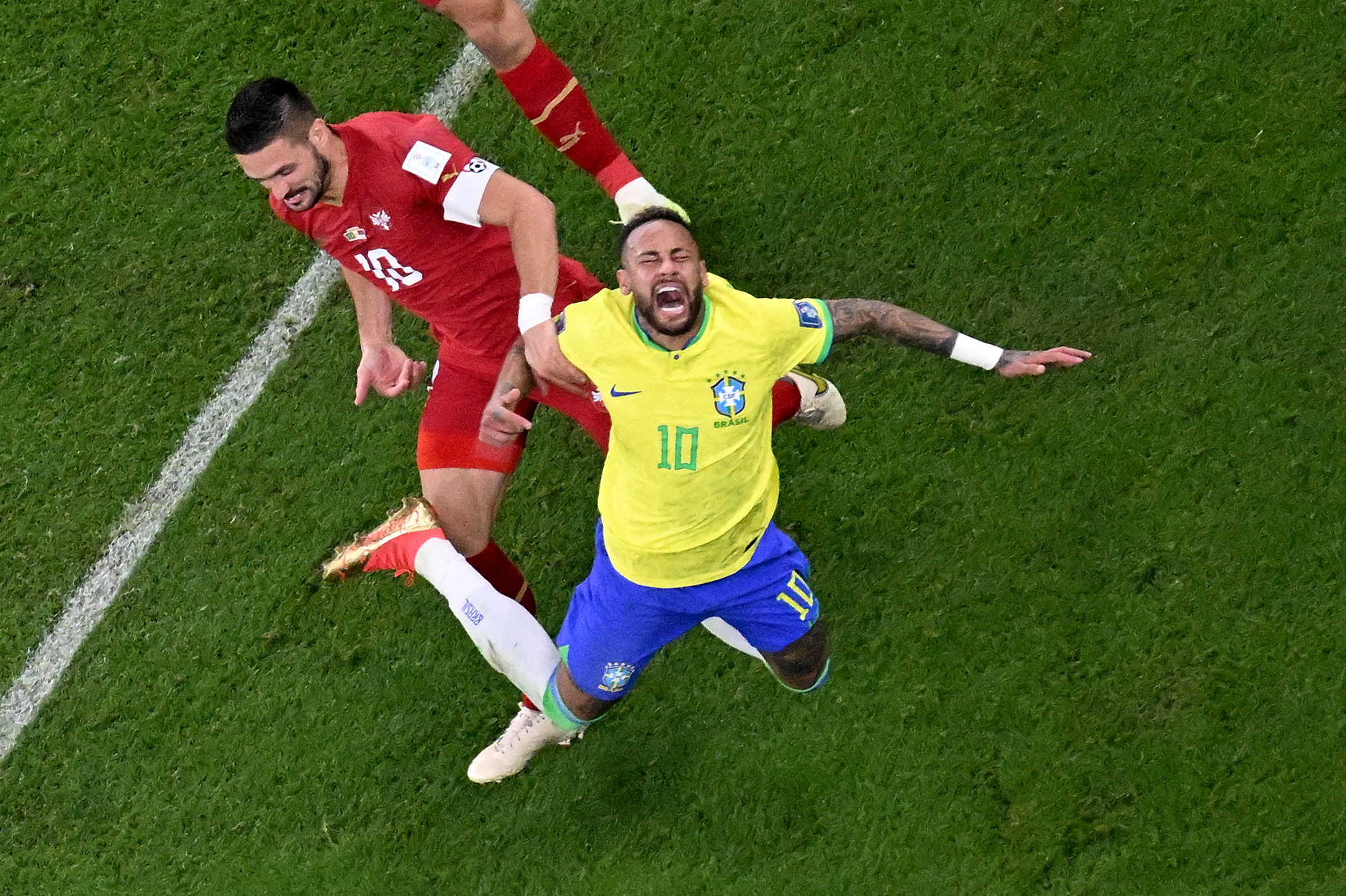 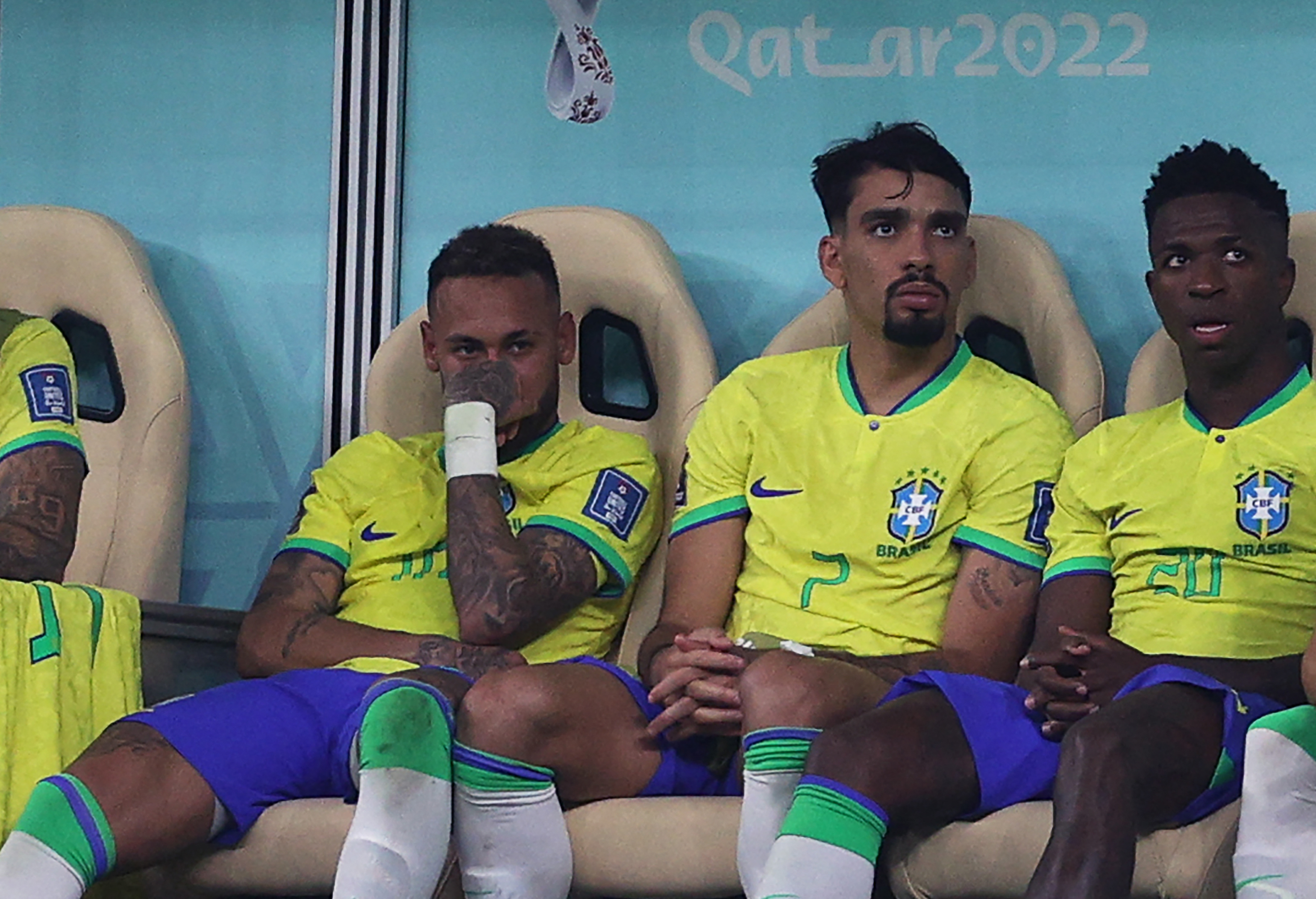 Brazil without Neymar as Portugal ....

With Russia banned from World Cup, fans cheer on Serbian ....

With Russia banned from World Cup, fans cheer on ....