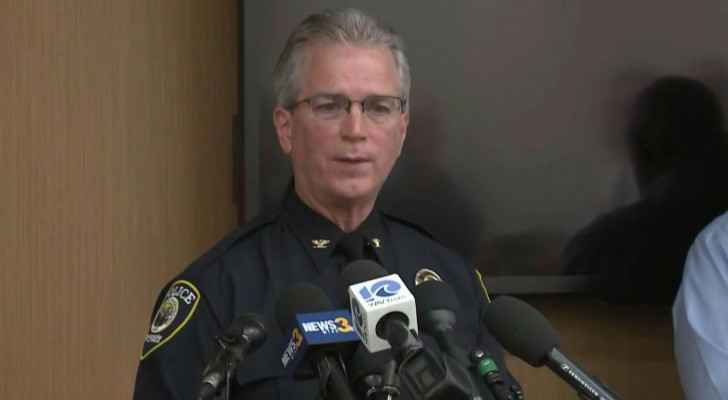 The attacker in a shooting rampage that killed six people at a Walmart in the US state of Virginia was a store employee who apparently killed himself afterward, police said Wednesday.

"We believe it was a self-inflicted gunshot wound," Chesapeake police chief Mark Solesky tells a news conference, before adding that the motive is not yet known.

Several people were killed and others were wounded in a shooting inside a Walmart supermarket on Tuesday in Chesapeake, in the American state of Virginia.

The city’s authorities confirmed the incident, and tweeted "police confirm an active shooter incident with fatalities at the Walmart."

Media outlets quoted a police officer as saying that no more than 10 people were killed.

The shooter, who is believed to have been the store’s manager, also killed himself.

Police told reporters that the attack took place at 03:12 GMT.

A Walmart employee witnessed the attack and told reporters that immediately after he left a staff room, a manager entered it and opened fire.

"Sadly we lost a few of our associates," the man said, however he was unsure how many of his colleagues were shot.

10 killed in shooting at Walmart store in Virginia

Wrong-way driving kills four people in one year in Jordan

Thai gunman kills family and self after nursery shooting: ....

Thai gunman kills family and self after nursery ....

Thai gunman kills family and self after nursery ....

Thai gunman kills family and self after ....