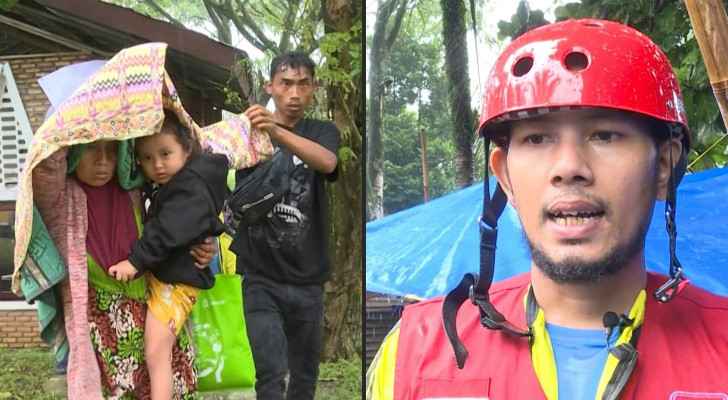 A six-year-old boy was rescued after being buried in rubble for two days following a deadly earthquake in Indonesia's West Java province that has killed more than 250.

Survivors of an Indonesian earthquake that killed at least 268 people appealed for food and water Wednesday, as heavy rain and aftershocks hampered rescue efforts among the rubble of devastated villages.

The calls for help came as authorities warned that debris from landslides caused by the strong quake near the town of Cianjur in West Java needed to be cleared as rains forecast for the coming weeks threatened a second disaster.

"Although some supplies have arrived, it is not enough. We got rice, instant noodles, and mineral water but it's not enough," Mustafa, a 23-year-old resident of Gasol village, told AFP.

Mustafa had just dug through the rubble of an elderly neighbor's house at her request, appearing from the destroyed facade carrying a pile of clothes before returning to collect rice, a gas stove, canisters and frying pans.

In Talaga village, some residents put signs on the windows of damaged houses and the front of tents that read "We need help!"

In the streets, at least three people held up cardboard boxes, asking for donations.

A shallow 3.9-magnitude aftershock sent panicked evacuees running from shelters on Wednesday, according to an AFP reporter at the scene.

More than 58,000 people have been displaced by the quake, around 1,000 are injured and 151 missings, with more than half of the dead still to be identified, the national disaster mitigation agency (BNPB) said Tuesday.

The government has dispatched tents and other supplies to Cianjur for the displaced, and the military deployed 12,000 personnel on Wednesday, officials said.

Heavy rain was hampering those efforts in about a dozen villages where more than 22,000 houses had been destroyed.

"For the refugees... their basic life necessities must be guaranteed, water, food, that's non-negotiable," BNPB chief Suharyanto, who like many Indonesians goes by one name, told a press conference Wednesday.

He said he had reports of trapped villagers without food and water, and some forced to sleep alongside dead bodies.

"The people there can't even ask for help," he said, adding three helicopters were being sent to drop aid.