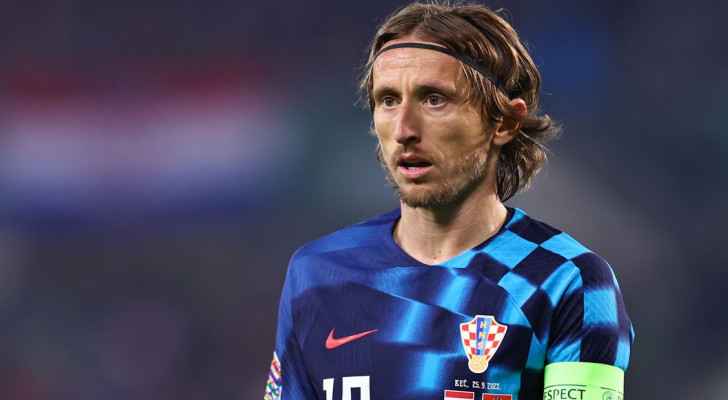 Croatia captain Luka Modric says his team must "put aside" the memories of their run to the 2018 World Cup final ahead of their opening game against Morocco in Qatar.

Modric was named player of the tournament four years ago as Croatia reached the final for the first time before losing 4-2 to France in Moscow.

"Whatever we've been through during the 2018 World Cup was an unforgettable experience but we need to put it aside and focus on what is ahead of us," Modric said on Tuesday.

"Many players from Russia are not here. We have new players, fresh blood and new energy.

"We also have some veteran players who have helped the young ones adjust. This is a new tournament and we have to look at it this way. We have to leave it all out on the pitch."

The Real Madrid midfielder, who won the 2018 Ballon d'Or, is playing at his fourth World Cup -- which is being held outside its traditional European summer slot for the first time.

"We're full of energy, we're not exhausted, we're not at the end of the season," said Modric. "We'll see tomorrow (Wednesday) if the timing is a good thing or not."

The 37-year-old Modric admitted to feeling "jittery" on the eve of his team's opening game against Morocco in Group F, which also includes Belgium and Canada.

Argentina's shock defeat by Saudi Arabia sent shockwaves through the tournament and Croatia will be on their guard against a talented Morocco side.

"Today's results, with Saudi Arabia and Tunisia (who drew 0-0 with Denmark), mean that we have to be careful."

"This World Cup is different to the one in Russia but we know our objectives," he added.

"We know the pressure and expectations are great but we won't fall into that trap. We'll give our best. Will it be enough? We shall see."

'We must go big', Croatia coach warns ahead of Japan World ....

Brazil sweat on Neymar return ahead of South Korea World ....

Brazil sweat on Neymar return ahead of ....

IMAGES: Violence breaks out in Brussels after Morocco's ....

IMAGES: Violence breaks out in Brussels ....