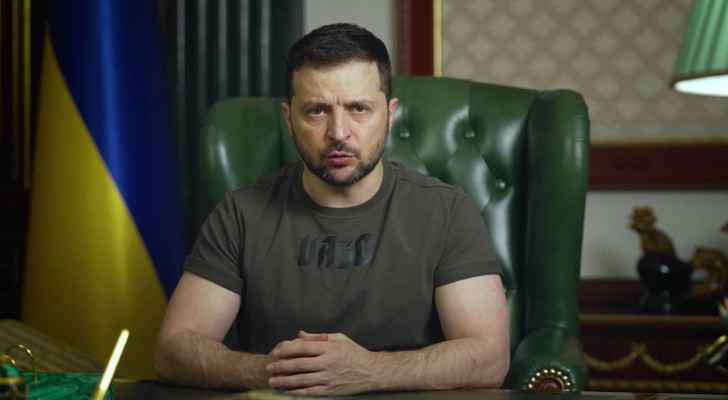 Ukraine President Volodymyr Zelensky said Tuesday that Russia was trying to use the cold this winter as a "weapon of mass destruction" by striking energy infrastructure, according to AFP.

"The Kremlin wants to transform the cold this winter into a weapon of mass destruction," Zelensky told a meeting of French mayors in a video message.

"To survive this winter and to prevent Russia transforming the cold into an instrument of terror and submission, we need a lot of things," he added.

He urged the Association of French Mayors to send generators, support for de-mining operations and equipment for Ukraine's emergency services and medics.

"I call on you to be very concrete with your help and to support out towns and communities against terrorism," he added.

The World Health Organization warned on Monday that millions of Ukrainian lives were at risk as the country's power grid struggles under a barrage of Russian attacks.

Moscow has been deliberately targeting energy infrastructure, leaving millions of homes across the country without electricity as temperatures plunge.

"This winter will be about survival," WHO regional director for Europe, Hans Kluge, told reporters on Monday, adding it would be "life-threatening for millions of people in Ukraine."

Zelensky vows to send ships of grain to countries most ....