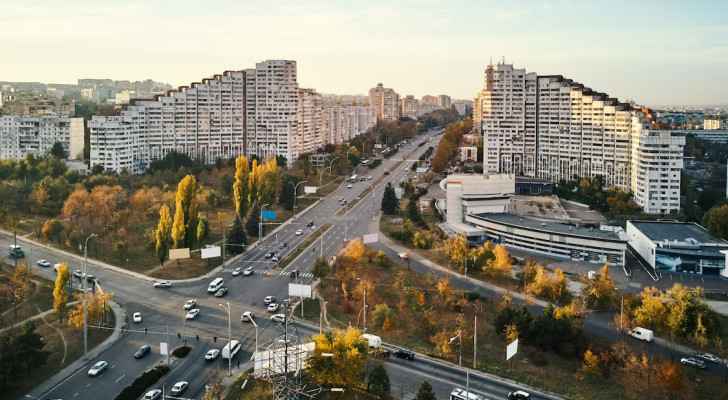 Moldova President Maia Sandu warned Monday her country faced a "dramatic energy crisis" this winter due to the war in Ukraine as dozens of mostly Western countries pledged extra money to help the small pro-EU democracy.

The former Soviet state wedged between Ukraine and Romania has seen its gas deliveries from Russia slashed in half and its regular electricity imports dry up.

"We face a dramatic energy crisis, a shrinking economy and extremely high inflation of 35 percent, a level we haven't seen since 1999," Sandu told reporters at a donor conference in Paris.

Like many former Soviet territories, the country is the backdrop to a tug-of-war between pro-Russian and pro-Western political currents, with Sandu's government firmly in the latter category.

The country applied to join the European Union just after Russia invaded Ukraine in February and Monday's conference underlined the desire by Western nations to keep it in the EU's orbit -- rather than Moscow's.

Harvard-educated Sandu, 50, said Russia was continuing a "hybrid war" against her country of 2.6 million people that included energy cuts and the funding of anti-government protest groups.

"Such actions are retribution for Moldova's condemnation of the war, for our standing with Ukraine and our European choice," she added.

Two previous donor conferences for Moldova in March and July saw nearly 1.3 billion euros (dollars) pledged to the country, but the government estimates it needs another 1.1 billion euros to get through the winter.

A figure for total pledges from the 34 countries and 15 international institutions is expected later in the day.

"I want to say here that if further significant decisions were needed in the weeks or months ahead, in particular for energy and during the winter, we will be willing to take them," French President Emmanuel Macron told Sandu.

Her government "forces our admiration."

Russian energy giant Gazprom has slashed its gas supplies to Moldova, while the country can no longer rely on Ukraine for electricity imports after repeated Russian air strikes on Ukrainian power infrastructure.

Ukraine previously provided for 30 percent of Moldovan electricity demand, with the remaining 70 percent coming from a thermal power station in Transnistria, a small breakaway region.

Russian-backed separatists there have also cut deliveries to the rest of the country.

EU member Romania has stepped in to sell gas, electricity and firewood to Moldova at reduced prices.

Romanian Foreign Minister Bogdan Aurescu told reporters that Romania had supplied "between 80 and 90 percent" of the country's electricity needs over the last month.

"We will stand by Moldova not only as it goes through this difficult winter, but also as it goes along the path towards being a European Union member," Aurescu told a press conference on Monday.

Moldova was connected to the EU's common power grid in February, enabling it to import electricity from the bloc.

Moldova has welcomed the largest number of Ukrainian refugees relative to its population size, with around 80,000 believed to be in the country.