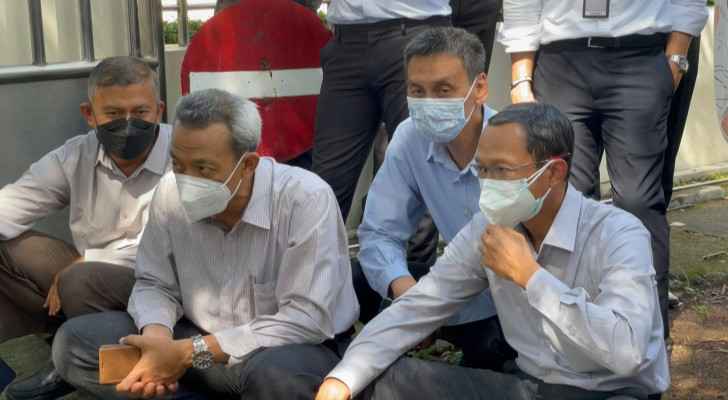 An earthquake shook buildings in Indonesia's capital on Monday, according to AFP reporters, although there were no immediate reports of damage.

The quake had a magnitude of 5.4 and struck near towns south of Jakarta, according to the United States Geological Survey.

Indonesia's Meteorology, Climatology and Geophysics Agency had earlier said the quake had a magnitude of 5.6 and struck near Cianjur, about 100 kilometers (60 miles) from Jakarta.

There were no reports of casualties or major damage in the capital, where people rushed out of buildings.

Mayadita Waluyo, a 22-year-old lawyer, described how panicked workers ran for the exits of their building as the quake struck.

"I was working when the floor under me was shaking. I could feel the tremor clearly. I tried to do nothing to process what it was but it became even stronger and lasted for some time," she said.

"I feel a bit dizzy now and my legs are also a bit cramped because I had to walk downstairs from the 14th floor."

AFP journalists working in their office tower in Jakarta were also ordered to evacuate the building.

Indonesia experiences frequent seismic and volcanic activity due to its position on the Pacific "Ring of Fire", where tectonic plates collide.