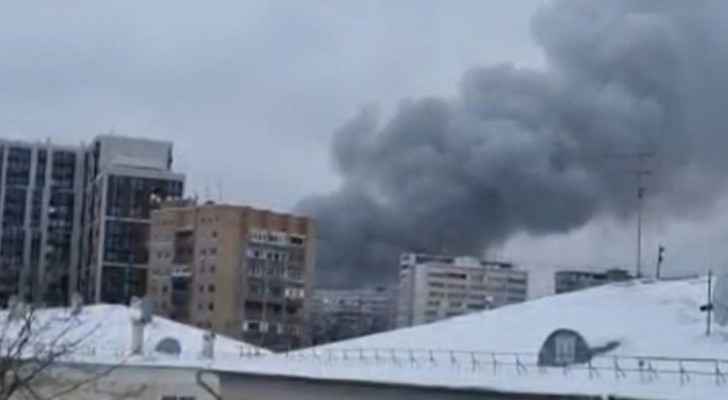 A warehouse caught fire in the center of Moscow near three railway stations linking the Russian capital to several major cities, the ministry of emergency services said Sunday.

Thick plumes of black smoke rose above the city's skyline in contrast with the snow-covered pavements just next to the Yaroslavsky, Leningradsky and Kazansky train stations, Russian television footage showed.

These usually busy stations link Moscow to cities such as Saint Petersburg in the north-west, Kazan in the east or Vladivostok in the Far East.

The emergency services said they received an alert around 3:00 pm local (1200 GMT) about a fire in a two-story brick warehouse.

By 1400 GMT the fire had engulfed around 2,500 square meters (27,000 square feet).
Three helicopters and 80 people were working to put out the fire, the ministry said on Telegram.

Russian rail company RZD said the fire "did not threaten passengers and did not affect train movements", according to state-run news agency RIA Novosti.