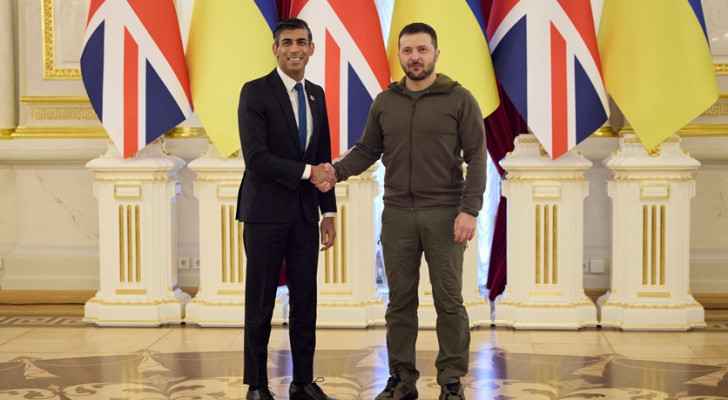 British Prime Minister Rishi Sunak on Saturday made his first visit to Kyiv since taking office, the Ukrainian president said, according to AFP.

"Since the first days of the war, Ukraine and the UK have been the strongest of allies," Ukrainian President Volodymyr Zelensky said in a Facebook post.

"During today's meeting, we discussed the most important issues both for our countries and for global security."

The British Prime Minister also confirmed "continued UK support" for Ukraine in its conflict with Russia "until Ukraine has won," his Downing Street office said.

"The prime minister is in Ukraine today for his first visit to Kyiv to meet President (Volodymyr) Zelensky and confirm continued UK support," it said.

"I am here today to say that the UK will continue to stand with you... until Ukraine has won the peace and security it needs and deserves," Sunak said in a press conference with President Volodymyr Zelensky in Kyiv.

"And then we will stand with you as you rebuild your great country," Sunak added.