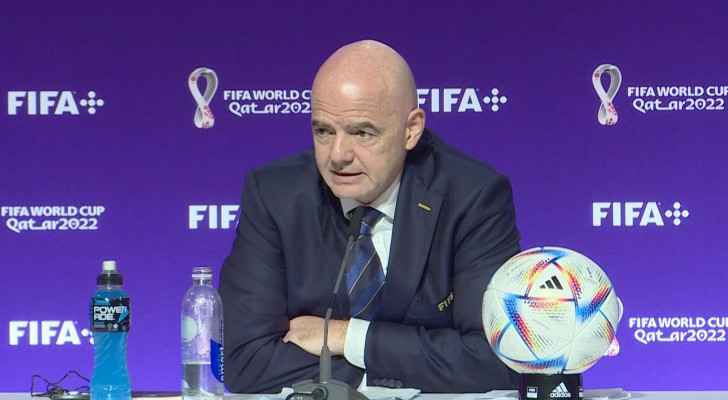 FIFA president Gianni Infantino blasted the "hypocrisy" of Western critics of Qatar's human rights record on Saturday, making a passionate defense of the World Cup in the Gulf state on the eve of the kick-off.

Cristiano Ronaldo jetted into Qatar late on Friday, desperate to focus on football after an explosive tirade against his club, Manchester United.

The Portugal forward, who has dominated global football for the past 15 years alongside Argentina's Lionel Messi, will be playing in his fifth and likely final World Cup.

The 37-year-old, who has a world-record 117 international goals, is aiming to become the first man to score in five World Cups.

Ronaldo appears to be headed for the exit door at Old Trafford but earlier this week pledged "total and absolute focus on the work of the national team" in a social media post.

Almost all of the football's heavyweight teams have now arrived in Qatar, with the notable exception of five-time winners Brazil, who are due to land late on Saturday.

Brazil, boasting a star-studded forward line led by Neymar, are favorites to win the tournament for the first time since 2002, with Messi's Argentina and France also heavily fancied.

Croatia, surprise World Cup finalists in Russia in 2018, warned they have what it takes to go deep in the tournament again.

Led by inspirational captain Luka Modric, Croatia reached the final four years ago in Russia before losing 4-2 to France.

"I think we have a really good chance to repeat something similar to what we did in Russia," said forward Marko Livaja.