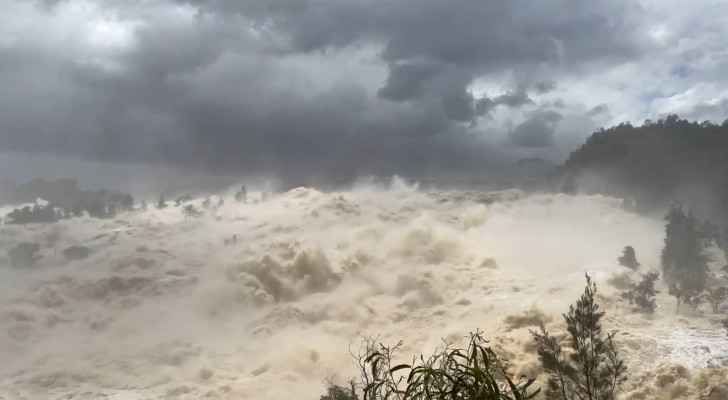 Entire buildings have been ripped from their foundations after flash floods swamped a small Australian town, with disaster management officials on Wednesday describing the deluge as a destructive "wall of water".

The town of Eugowra -- about 350 kilometers (220 miles) west of Sydney -- was inundated on Monday but it has been impossible to assess the extent of damage under the mud-brown waters.

Australia's east coast has been repeatedly swept by heavy rainfall in the past two years, driven by back-to-back La Nina cycles.

"Everything they hold dear has been swept away in a wall of water," he said.

"All their possessions are covered in water and mud, they've got to come back and start all over, working through all the processes of grief, and loss and anger."

Stranded residents huddled on roofs as floodwaters peaked on Monday evening, before they were winched to safety by rescue helicopters.

Local MP Andrew Gee said Eugowra was "strewn" with cars swept up in the floods and that some buildings had been "picked up from their foundations and washed down streets".

"The residents talk about a tsunami coming at them," he told ABC, the country's national broadcaster.

The Wyangala Dam burst its banks on Sunday night following heavy rains, spilling some 230,000 megalitres into water catchments near Eugowra on Monday.

The town of Forbes -- about 40 kilometers (25 miles) west of Eugowra -- was evacuated as the floodwaters moved down the swollen river system.

Some 14 people had to be rescued after the Plainsman Motel in Forbes went underwater on Tuesday evening.

It was the second time Forbes was evacuated due to flooding in the past two weeks.

Heavy storms earlier this year caused a widespread flooding disaster on Australia's east coast, in which more than 20 people died.

Tens of thousands of Sydney residents were ordered to evacuate in July when floods again swamped the city's fringe.

Australia must 'muscle up' for tasty Tunisia World Cup ....

Australia must 'muscle up' for tasty ....