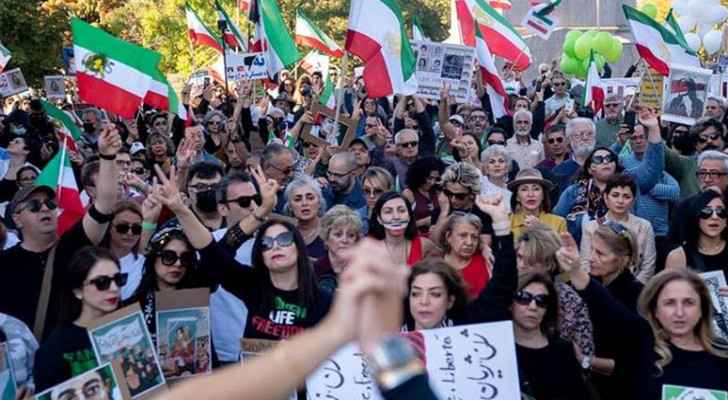 The United Nations on Tuesday demanded the immediate release of thousands of people arrested for taking part in peaceful demonstrations across Iran, which has imposed a harsh crackdown, according to AFP.

Iran has been hit by eight weeks of protests sparked by the death of 22-year-old Mahsa Amini after she was arrested for an alleged breach of the country's strict dress rules for women.

The UN Human Rights Office said one protester had already been sentenced to death.

"We urge the authorities to immediately release all those detained in connection to peaceful protests, and to drop the charges against them," spokesman Jeremy Laurence told reporters in Geneva.

"Human rights law protects the rights of people to peaceful assembly and to freedom of expression."

Laurence said more than 1,000 indictments had been issued against those arrested in connection with protests in Tehran province alone.

"Instead of opening space for dialogue on legitimate grievances, the authorities are responding to unprecedented protests with increasing harshness," he said.

While one protester has been sentenced to death for "waging war against God" and "corruption on Earth" for allegedly damaging public property, at least nine others have been charged with offences carrying the death penalty.

"Crimes not resulting directly and intentionally in death can never serve as the basis for the imposition of the death penalty," Laurence said.

"We therefore call on the Iranian authorities to immediately impose a moratorium on the death penalty, to refrain from charging capital crimes, and to revoke death sentences issued for crimes not qualifying as the most serious crimes."

The demonstrations have grown into a broad movement against the theocracy that has ruled Iran since the fall of the shah in 1979.

Laurence said that the numbers killed this year had exceeded the 324 protesters killed in the 2019 demonstrations in Iran.

"As of November 12, excessive use of force used by security forces has led to the killing of at least 326 individuals, including 43 children and 25 women," he said.

The UN Human Rights Council will hold an urgent session on Iran on November 24, with backers pushing for an international investigation into the deadly crackdown on the protests.